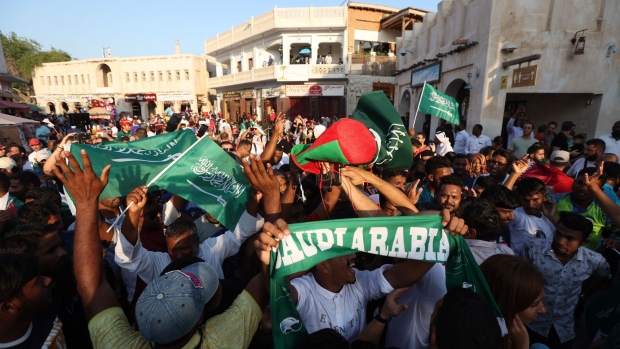 (Bloomberg) -- Saudi Arabia is considering making a joint bid to host the 2030 FIFA World Cup along with Egypt and Greece, according to Tourism Minister Ahmed Al Khateeb.

“We are considering a bid with Greece and Egypt and we wish that it will be a winning bid,” Al Khateeb said in an interview in Riyadh. “Definitely the three countries would invest heavily in infrastructure and would definitely be ready. And I know by then Saudi Arabia would have state of the art stadiums and fanzones built.”

A Saudi bid to host the World Cup would add to the list of sporting events the world’s largest oil exporter is hosting as it looks to open up its economy to tourists and diversify away from a reliance on energy sales. It’s already secured the Asian Winter Games in 2029, an annual Formula 1 race, and several high profile boxing matches.

--With assistance from Sarah Halls.