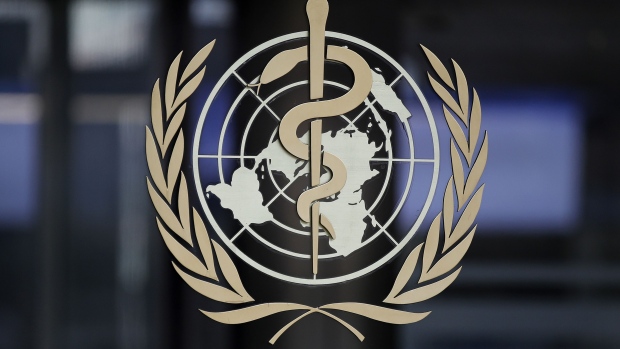 So far, 73,424 people have been infected with COVID-19 and 1,873 have died around the world, the vast majority of them in China's Hubei province. , Stefan Wermuth/Bloomberg

The World Health Organization is considering a new mission to seek the source of the coronavirus in China, amid growing controversy over the origin of a pandemic that has killed more than a quarter of a million people.

“Without knowing where the animal origin is, it’s hard to prevent it from happening again,” Maria Van Kerkhove, a WHO epidemiologist, said at a press briefing Wednesday. “There is discussion with our counterparts in China for a further mission, which would be more academic in focus, and really focus on looking at what happened at the beginning in terms of exposures with different animals,” she added.

Van Kerkhove in February participated in a previous mission to China, which concluded that the virus was zoonotic in origin. Bats appeared to be the “reservoir” for the virus, but an intermediate host could not be determined, the report said.

At a briefing on Thursday, Chinese foreign ministry spokeswoman Hua Chunying didn’t directly answer when asked if China would allow the WHO mission. She repeated that the origin of the virus needed to be determined by “scientists and professionals.”

“The Chinese government and the WHO have seen good communication,” Hua said. “We would like continue our cooperation to deal with the pandemic.”

Talk of a new mission comes as debate grows over the source of the outbreak, which was first identified in Wuhan, China, more than four months ago. U.S. President Donald Trump‘s administration has said the virus likely escaped from the Wuhan Institute of Virology, which runs a laboratory that studies dangerous pathogens. Some intelligence agencies are casting doubt on that theory, and China has repeatedly denied the claim.

The WHO has come under fire from Trump, who has moved to cut off funding to the Geneva-based United Nations agency, saying it was overly deferential to China as the virus spread in that country and beyond. Secretary of State Michael Pompeo on Wednesday asserted that China covered up the origins of the virus even as he eased off earlier claims of “enormous evidence” that the virus escaped from a Wuhan laboratory.

Pompeo repeated the U.S. allegation that China is still refusing to share virus samples or details about the start of the pandemic and on “patient zero,” the first victim. And he said other countries are starting to see it the U.S. way.

“Our truth-telling and calls for transparency aren’t about politics, it’s not about bullying, it’s not about blame,” Pompeo said. “It’s about the ongoing need to save American lives. This is an ongoing threat.”

On Wednesday, in response to calls from the likes of Australia and the European Union for investigations into how the previously unknown pathogen made the jump from animals to humans, China’s foreign ministry said Beijing would support a review about the origins of the virus at an “appropriate time.”

“We will continue supporting the WHO and support looking back and summarizing the experience at an appropriate time to support global health cooperation and so we can better deal with pandemics like this in the future,” Hua said. “What we oppose is the presumption of guilt under the pretext of an investigation, or using the epidemic for political purposes.”

Hua also dismissed Pompeo’s claims the virus escaped from a laboratory in Wuhan.

“Mr. Pompeo cannot present any evidence because he does not have any,” Hua said. “This matter should be handled by scientists and professionals instead of politicians out of their domestic political needs.”

China has come under fire over its early handling of the virus, which has pushed the global economy toward recession as it spreads around the world. Authorities had reprimanded doctors including Li Wenliang, who later passed away, for sharing warnings about the coronavirus infection risk in WeChat groups in late December.

President Xi Jinping called for reform of China’s disease control system at a meeting of the Politburo on Wednesday, an apparent acknowledgment of lapses in the nation’s response. The country’s top leaders agreed to boost epidemic monitoring and early-warning capabilities, revamp public health emergency laws and regulations and enhance the response to major epidemics, according to the official Xinhua News Agency.