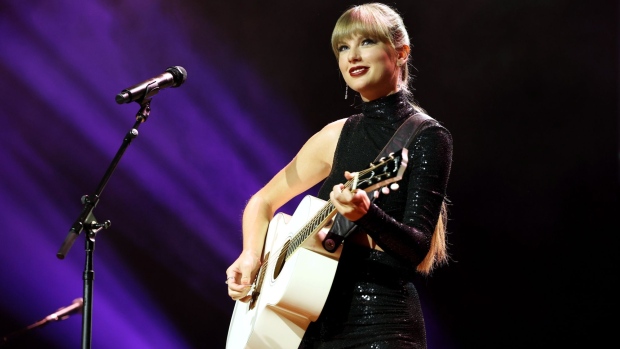 (Bloomberg) -- When it comes to last year’s debacle around Taylor Swift concert tickets, senators just can’t shake it off.

The Judiciary Committee’s antitrust panel grilled Live Nation Entertainment Inc.’s chief on the issues fans had buying tickets to her upcoming tour — and the perceived lack of competition in the performance space. Utah Senator Mike Lee, a Republican, praised Swift’s fans for their effectiveness in getting Congress to pay attention to their issue. “I’d never seen more smiling and happy demonstrators than I saw today,” he said. “I think Swifties have figured something out, they’re very good at getting their message across.”

Here are all the references to Swift lyrics we caught in the hearing.

Senator Amy Klobuchar, the Minnesota Democrat and chair of the subcommittee, referenced a decade-old hit:

The US knows market consolidation all too well.

Lee used Swift lyrics to describe his longing for the gavel that Klobuchar holds with Democrats in control of the Senate:

To be honest I had hoped as of a few months ago to get the gavel back, but once again she’s cheer captain and I’m on the bleachers. It was nice of Taylor Swift to have written a song about this very situation.

Ticketmaster ought to look in the mirror and say, “I’m the problem, it’s me.”

Lee referenced several Swift songs throughout the testimony, including one that he felt addressed the ticket resale market:

A purchaser of a ticket being able to someone else. A lot of people seem to think that’s somehow a solution. I think it’s a nightmare dressed like a daydream. And I don’t think we ought to go there.

Karma’s a relaxing thought. Aren’t you envious that for you it’s not. That’s all I’ve got to say.

A witness at the hearing, Sal Nuzzo, who is senior vice president at think tank The James Madison Institute, chimed in with his own reference:

Taylor Swift fans would respond, “This is why we can’t have nice things.”

Read More: Welcome to ‘Swiftonomics’: What Taylor Swift Reveals About the US Economy

--With assistance from Anna Edgerton.