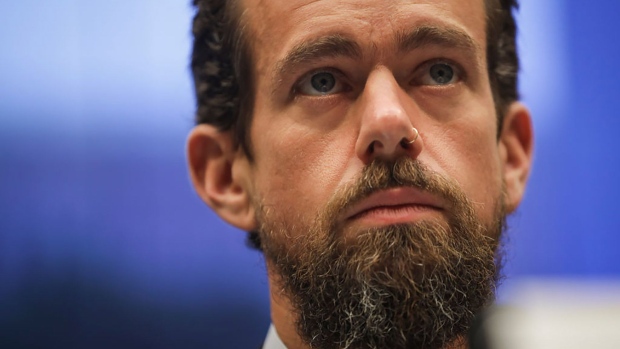 Jack Dorsey, Twitter’s co-founder and chief executive, is selling his first-ever tweet -- “just setting up my twttr”-- on a website called Valuables that auctions tweets. The highest bid is $2 million as of Saturday morning in New York, by Justin Sun, the Chinese crypto entrepreneur who earlier won an auction for Warren Buffett’s charity dinner.

Microsoft is trending on Twitter after a report shows a China-linked hack affected at least 30,000 organizations across the U.S., including small businesses and local governments. The hackers exploited previously unknown flaws of the software. Jen Psaki, the White House press secretary, said the incident is an “active threat” and could have “far-reaching impacts.”

The Senate is on track to pass President Joe Biden’s $1.9 trillion stimulus bill as early as midday Saturday after a compromise reduced added unemployment benefits to $300 a week, one of several ways moderate Democrats shaped the bill to be less generous than the House version.

A trending op-ed on The Washington Post said, “If you’re upset about Hunter Biden, Elaine Chao should send you into fits of rage.” The author argued Republicans have been much more muted when it comes to the matter of the former transportation secretary and wife of Mitch McConnell.