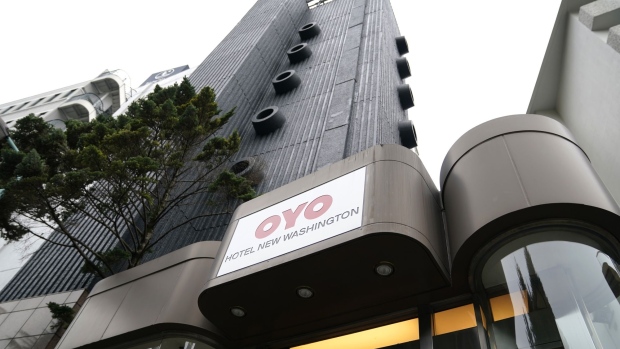 (Bloomberg) -- Oyo Hotels, the once high-flying Indian startup, reported a narrower quarterly loss after curbing spending to cope with a slow recovery in travel following the pandemic.

The loss shrank to 3.33 billion rupees ($40.8 million) in the three months through September from 4.14 billion rupees in the preceding quarter, the company said in a statement. Revenue was little changed at about 14.5 billion rupees.

The provider of hotel and lodging bookings, formally known as Oravel Stays Ltd., had been targeting an initial public offering in early 2023. It filed preliminary IPO documents in 2021, only to shelve the listing plan earlier this year after the prolonged pandemic hurt its growth and forced the company to cut thousands of jobs.

In the latest quarter, the startup reduced marketing costs as well as employee and administrative expenses. It now focuses on India, Malaysia, Indonesia and Europe after cutting down operations in markets it previously considered crucial, such as the US and China.

Oyo, valued at $9 billion according to researcher CB Insights, may have trouble attaining that level in its potential IPO given eroded investor sentiment in technology businesses worldwide. SoftBank Group Corp., the largest shareholder in the hotel-booking firm, cut its estimated value for Oyo to $2.7 billion from $3.4 billion, people familiar with the matter said in September.