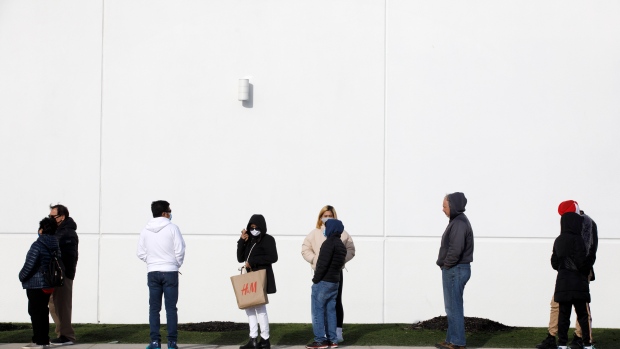 It’s supposed to be the most wonderful time of the year, not only because individuals get into the holiday spirit, but it’s typically the biggest money-making season for retailers.

But you’ll be hard-pressed to find any non-essential business in Toronto or nearby Peel region that’s feeling wonderful this year after the Ontario government re-imposed lockdown measures on Nov. 23 to curb surging COVID-19 cases.

Instead of the crowded frenzy of shoppers with multiple shopping bags in hand, malls such as Toronto’s Eaton Centre, Yorkdale Shopping Centre and Mississauga’s Square One are quiet as they are only allowed to open for pick-up and delivery under the lockdown rules.

Disparate lockdowns can present immense challenges in keeping people from leaving their region though, with some more than willing to travel to neighbouring cities that are more open to do their shopping.

The federal government plans to spend up to $100-billion to boost Canada's post-pandemic economy. Meanwhile, the national deficit is projected to reach $381.6-billion this fiscal year. Ed Sonshine, CEO of RioCan REIT, joins BNN Bloomberg to weigh in.

“Unless you’re going to start putting a literal physical fence around the areas that are under lockdown, I’m not sure how much it accomplishes. People that want to go out and shop – they’re going to find a place to shop,” he said.

The Toronto lockdown didn’t stop 25-year-old Adam from leaving the city to do his holiday shopping – making trips most often to Orangeville, a town northwest of Toronto where he was raised. He has also travelled as far as Woodstock and London, Ont.

He says it comes down to feeling safer shopping outside of a virus hotspot, especially since his stepmother is considered high risk because of her asthma.

“The population density is way lower out there,” he said in a phone interview. “Your interactivity with other people is very low. I’m not saying I’m less cautious, but there’s less stress about touching things like a shopping cart.”

“Line-ups are shorter, everything is a lot quicker,” he added.

Adam said when Orangeville residents find out he’s from Toronto, some are concerned, while others are understanding once he explains that he doesn’t want to travel around Toronto.

Cadillac Fairview, which operates shopping centres across the country including B.C.’s Richmond Centre, Ontario’s Markville and Quebec’s Fairview Pointe Claire, has launched an app to help people navigate the most efficient route to stores and an online service that allows shoppers to make pick-up appointments.

“We will continue to have additional staff and security presence at our centres to help manage capacity requirements. The new restrictions may result in additional line ups inside and outside of the property and we will advise guests to prepare their visits accordingly,” said Meg Sharpley, a spokesperson for Cadillac Fairview.

For those are opting to order online, Canada Post and retailers alike have urged individuals to make their purchases earlier than usual to avoid overwhelming delivery capabilities.

Canada Post hired more than 4,000 temporary employees and bolstered its fleet by more than 1,000 trucks in anticipation of record shipments. But that hasn’t fully prevented some delivery delays.

With malls closed, retailers like H&M have blunt messages on their website saying orders placed now will not be delivered by Christmas, while others have been warning of possible delivery delays during the online checkout process.

Indigo Books and Music Chief Executive Officer Heather Reisman didn’t mince words in a Dec. 2 television interview, as she described the “catastrophic” impact lockdowns are having on businesses deemed non-essential.

She believes if all retailers and malls were allowed to reopen with severe capacity limits, then it would take a lot of the pressure off big box retailers and delivery networks.

“If someone is selling online and wants to promise their customer that what they ordered they’ll get for Christmas – we’re within days of all the delivery systems being maxed to capacity and no longer being able to promise deliveries for Christmas,” Reisman said.