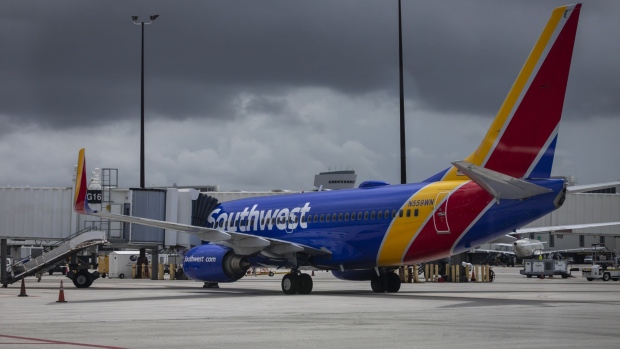 The Southwest Airlines Pilots Association’s filing Friday also asked for an immediate hearing on the request before a federal court in Dallas, claiming the carrier has continued to take unilateral actions that violate terms of the Railway Labor Act, which governs airline-union relations. Those steps include the Covid-19 vaccination requirement.

“The new vaccine mandate unlawfully imposes new conditions of employment and the new policy threatens termination of any pilot not fully vaccinated by December 8, 2021,” the legal filing said. “Southwest Airlines’ additional new and unilateral modification of the parties’ collective bargaining agreement is in clear violation of the RLA.”

Southwest set the deadline on Oct. 4 under a federal vaccination mandate for employees of companies holding contracts with the U.S. government. Workers can seek medical or religious exemptions. The union represents 9,000 Southwest pilots. The airline didn’t immediately comment.

Other policies the union seeks to block include Southwest’s Covid quarantine rules for pilots and an infectious disease control policy that it says significantly altered work conditions, rules and rates of pay, until the two sides negotiate a resolution to alleged contract violations outlined in its original Aug. 30 lawsuit. The changes violate a “status quo” provision of the RLA by not maintaining terms of an existing contract during negotiations, the lawsuit claimed.

Pilots are at a unique risk because adverse reactions to a vaccine could affect their ability to pass periodic medical examinations required to maintain their license. The union wants to negotiate, among other things, how such instances would be covered by long-term disability policies.