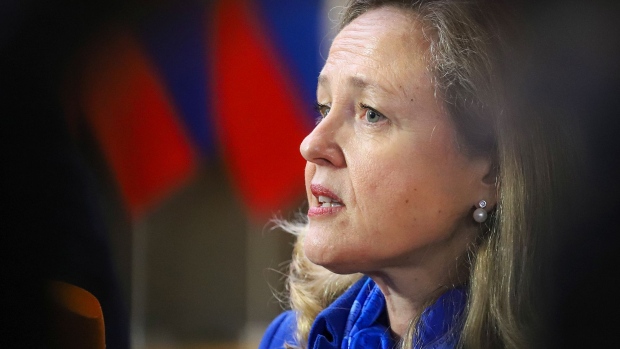 (Bloomberg) -- Spanish Economy Minister Nadia Calvino refused to take part in a photo when she realised she was the only woman in the group, making good on a promise made three months ago.

Calvino declined to be photographed when she was about to enter an event organized by Madrid’s employers federation, saying she wanted to comply with a previous pledge to only appear in pictures that include other women, the government news agency EFE reported.

The minister did take part of a photo after the event when Sara Molero, the secretary general of the federation, known as CEIM-CEOE, joined her and the rest of the organisers after the event and the photo was taken then, a spokeswoman for the ministry said.

Calvino, who is also the first deputy primer minister, in February said she would stop participating in events in which she was the only female speaker.

Spain’s 23-member Cabinet is formed by 14 women and 9 men, with three deputy primer ministers who are all women.