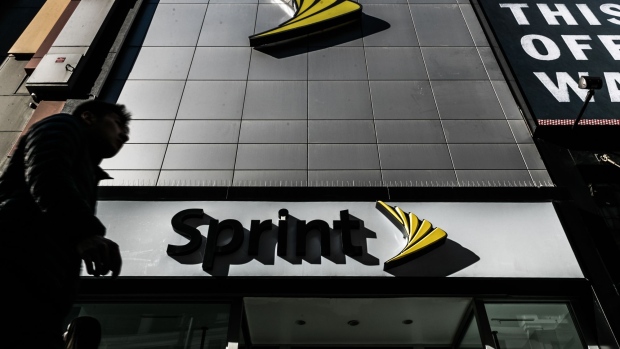 (Bloomberg) -- Sprint Corp. is returning to the bond market after a nearly two-year hiatus, as the high-yield market bounces back from a recent selloff.

The telecom company -- one of the largest high-yield issuers -- is looking to borrow $1 billion to refinance debt, according to a statement Wednesday. The eight-year notes, which can’t be bought back, will be Sprint’s first dollar-denominated junk bond offering since February 2018, according to data compiled by Bloomberg.

Sprint is coming off of a quarter in which subscriber gains exceeded analysts’ predictions, while its $26.5 billion takeover by T-Mobile US Inc. remains in limbo. The acquisition could be somewhat of a lifeline for Sprint, as it’s unclear whether the company can fund itself in the long-run without help from its parent SoftBank Group Corp. or T-Mobile, according to Bloomberg Intelligence analyst Stephen Flynn.

It’s also been a great environment to refinance debt for riskier companies in the high-yield and leveraged loan markets. There’s been more than $33 billion of junk bonds sold so far this month, already the busiest January in more than a decade. Most of the issuance has been for refinancing as average yields -- while higher this week amid a temporary weakening -- are still historically low.

JPMorgan Chase & Co., Goldman Sachs Group Inc., Barclays Plc, Citigroup Inc., Credit Agricole SA and Mizuho Financial Group Inc. are managing the bond sale, according to a person with knowledge of the matter. The notes are expected to price Thursday, the person said, asking not to be identified as the details are private.

--With assistance from Gowri Gurumurthy.

To contact the reporter on this story: Olivia Raimonde in New York at oraimonde@bloomberg.net

To contact the editors responsible for this story: Nikolaj Gammeltoft at ngammeltoft@bloomberg.net, Molly Smith, Natalie Harrison