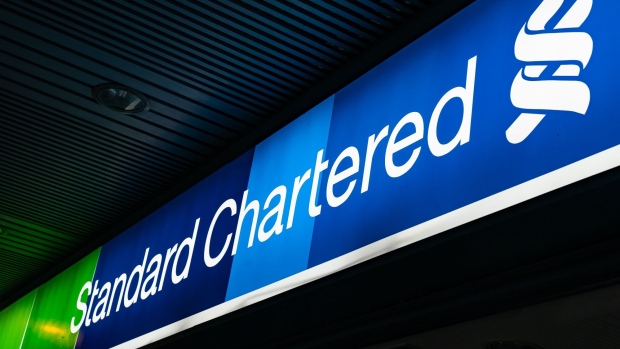 (Bloomberg) -- Standard Chartered Plc is planning its second digital-only bank in Asia, teaming up with a unit of Singapore’s biggest labor union, according to people familiar with the matter.

The London-based bank would hold a majority stake in the new venture, with the remainder held by NTUC Enterprise, a division of the National Trades Union Congress that also runs a chain of more than 100 supermarket outlets across Singapore, said the people who asked not to be identified as the matter remains confidential.

Alex Twigg, co-founder of Australian startup Judo Bank, has been hired for the business, which has been code-named “Project Phoenix,” the people added.

Standard Chartered is accelerating its digital strategy in Singapore to compete with larger local rivals such as DBS Group Holdings Ltd. and non-bank challengers including Grab Holdings Inc., which has applied for one of the country’s digital licenses. The Monetary Authority of Singapore, the financial regulator, will hand out as many as five digital licenses to non-banks this year.

Read why Asia’s banking hubs are making virtual a reality

Talks on Standard Chartered’s new initiative with NTUC are ongoing and the plan is at an early stage, said the people, who didn’t provide a timeline.

Standard Chartered and its local partners obtained a digital-only bank license in Hong Kong last year. Known as Mox Bank Ltd., it’s not fully operational yet, but the bank said in its earnings report late last month that it will be launched “very soon.” It also has several digital banks in Africa.

The MAS said earlier this month it plans to revise rules governing foreign lenders with a substantial local presence that may allow them to set up digital-only banking subsidiaries. It also designated Standard Chartered as the country’s first Significantly Rooted Foreign Bank, reflecting the bank’s substantial presence in the city-state.

Foreign banks that “substantially” exceed the SRFB criteria may be allowed to establish a digital-only bank, the MAS said.

A representative for Standard Chartered in Singapore declined to comment. NTUC didn’t immediately respond to a request for comment.

Standard Chartered has increased its local workforce to 10,000 from 8,000 in the past few years, the bank said in a press release earlier this month. Some 70% of the local management team is Singaporean, it said.

Judo Bank focuses on lending to small and medium-sized businesses, according to its website. Twigg also helped found UBank, another online lender which is part of National Australia Bank Ltd., according to his LinkedIn profile.

Twigg left Judo in June, according to co-founder Joseph Healy. Twigg couldn’t be reached for comment.

Online consumer firms are set to expand into banking services. Grab, the Singapore-based ride-hailing company, has partnered with Singapore Telecommunications Ltd. to apply for a digital-banking license. So has billionaire Forrest Li’s Sea Ltd., which provides e-commerce and digital payments services.

(Updates with details on other virtual-bank aspirants in last paragraph.)