Steel sector to see prosperous conditions now that tariffs will be lifted: CSPA

President Donald Trump’s decision to lift the 25 per cent tariffs on steel from Canada and Mexico sent shares of Stelco Holdings Inc. to its biggest rally in 18 months. Now the CEO of the Canadian steelmaker said the party is just getting started.

Stelco’s steelmaking operations posted an earnings before interests, taxes, depreciation and amortization margin of 22 per cent last year, even as the company’s sales to the U.S. incurred a levy. The Trump administration imposed the duties under Section 232 of the Trade Expansion Act of 1962 that allows such charges to protect national security. Now that the tariff will be lifted, Alan Kestenbaum said the company can use the extra cash that’s coming its way for deals.

“If we were able to do this in the face of tariffs, now we believe we will be able to do even better now that we don’t face the tariffs,” Kestenbaum said in a telephone interview Friday. “We expect to be active in the M&A side of things and we’re really excited to do that from a balance sheet perspective.” 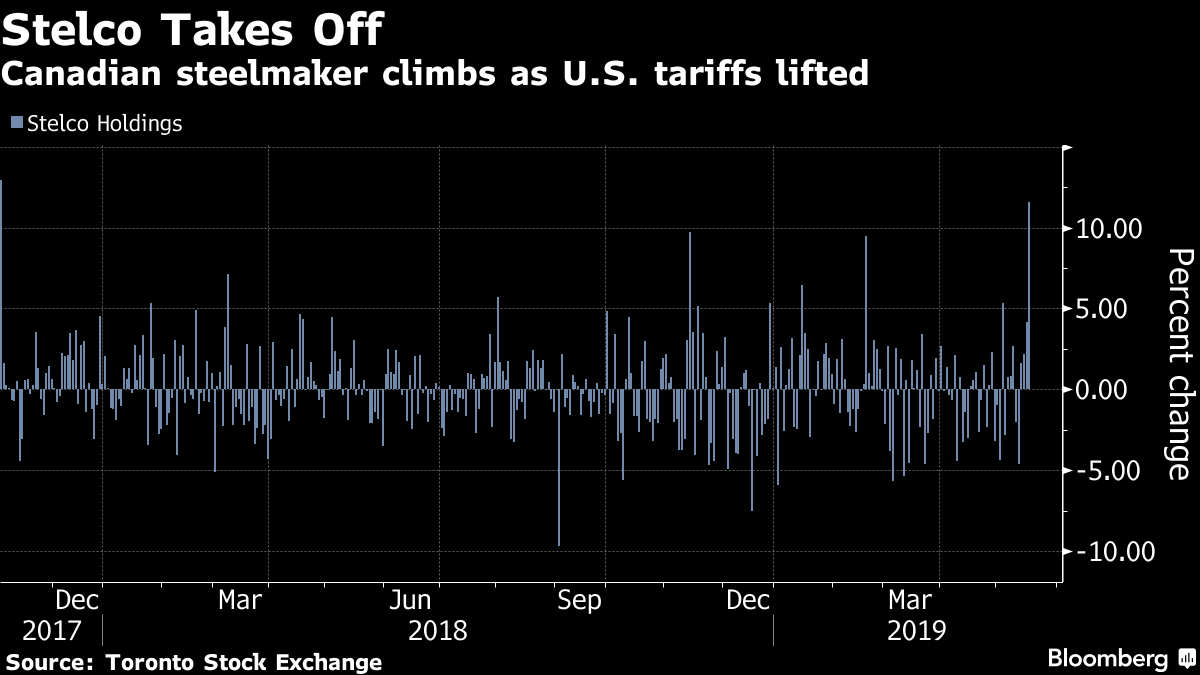