For speculators, nothing is as bland as a trading range, in which an index darts up and down without going anywhere. But a market that resists big moves is also signalling consensus, and this one seems to be saying the S&P 500’s surge since March is justified.

With the benchmark locked in a 200-point band for a month, rank-and-file investors are showing less skepticism than the pundit class over the sustainability of equities’ epic recovery. That’s saying a lot, considering the force of that bounce, currently the third-fastest of the last century.

For all the warnings about valuations and the pace of gains, the S&P 500 just bumped into to the upper boundary of its range for the third time since April. Investors have had ample time to reconsider the rally — and haven’t.

“There is a consensus that forms that if we get these positive pieces of news, people are willing to pay,” said Yousef Abbasi, global market strategist at INTL FCStone. “Most of the investors I speak to are still relatively cautious or bearish, but just because they’re talking one way doesn’t mean they’re acting that way.” 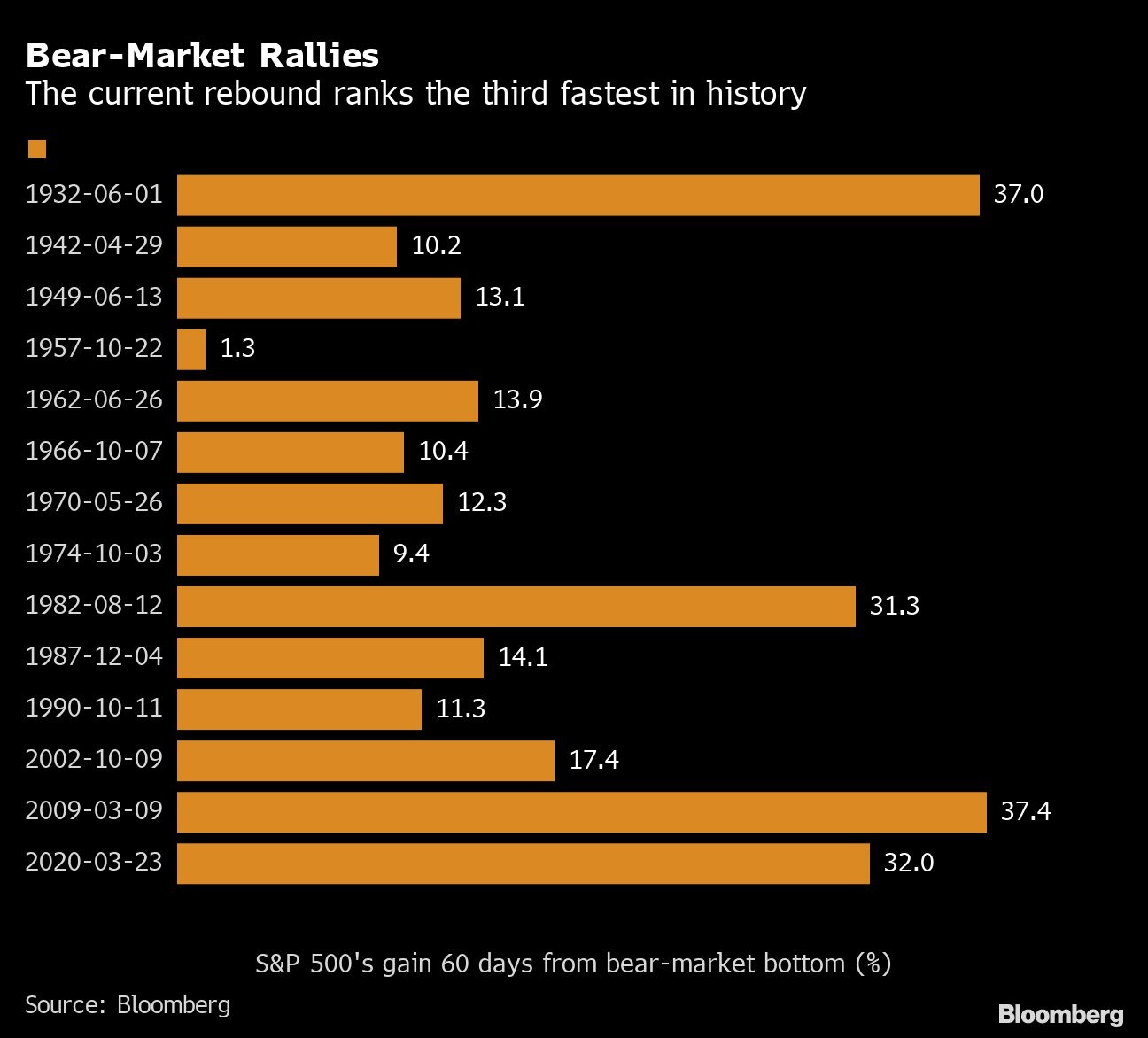 Up about three per cent over five days, the S&P 500 erased its loss from the previous week, shrugging off an escalation in U.S.-China tensions and dismal data on housing and the labour market. Both the Dow Jones Industrial Average and the Nasdaq Composite Index climbed for a second week in three, each adding about three per cent.

The back-and-forth follows two months of violent moves, in which the S&P 500 plunged into its fastest bear market on record before coming about half the way back. Up 32 per cent from the March trough, the index has produced a rebound that at this time of a cycle beats all but two of the previous 13 bear markets.

To be sure, going by what they say and own, investors remain defensive. About 68 per cent of money managers in the latest Bank of America survey called the rebound a bear-market rally, or a short and fast bounce that will eventually fall apart.

Mutual funds are clinging to stocks with strong balance sheets, boosting holdings in health-care and technology, while shunning companies most sensitive to economic swings. Such rotations reflect skepticism around the growth recovery, Goldman Sachs strategists including Arjun Menon and David Kostin wrote in a note.

Caution would seem warranted in light of the vacuum of information that exists about the future. Among some 310 companies that discussed full-year guidance during the latest reporting season, roughly two-thirds suspended forecasts and one-fifth lowered outlooks, data compiled by Citigroup show.

“The fear is the markets have run too far too fast with little in the way in a fundamental catalyst to support the 30 per cent rally,” Candice Bangsund, portfolio manager of global asset allocation at Fiera Capital Corp., said by phone. “With markets trading at these lofty valuation levels, we’re vulnerable to disappointment being that a lot of the good news has already been priced in.” 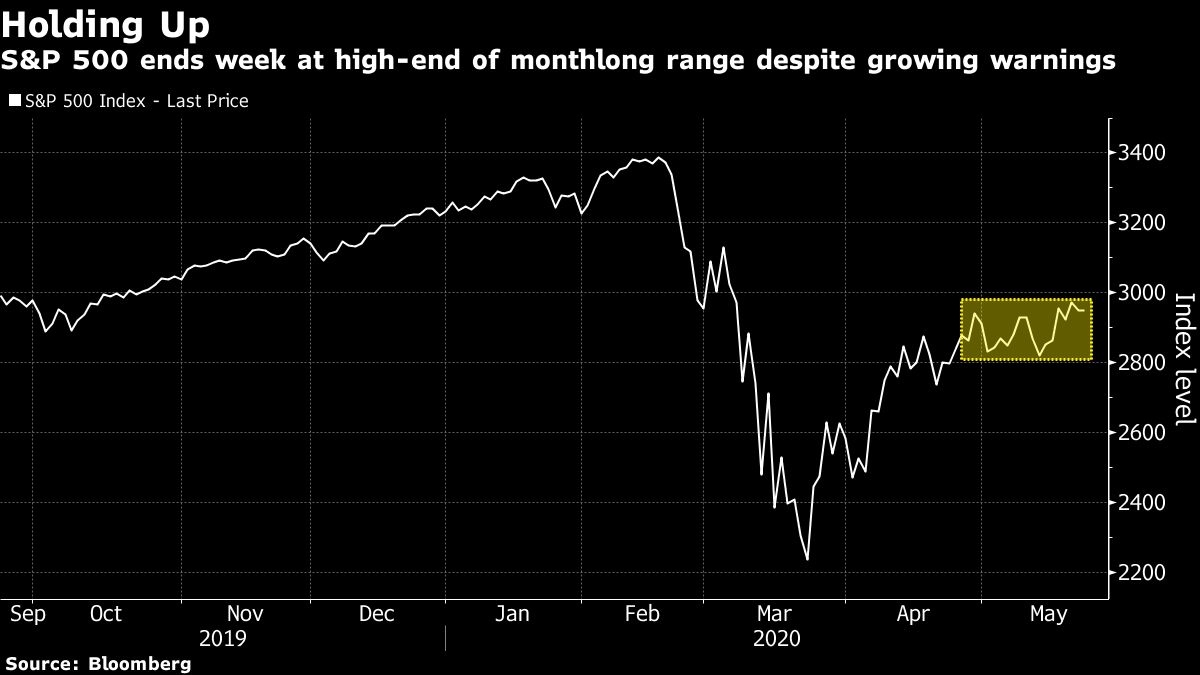 Indeed, stocks now sit at the highest multiple since the dot-com bubble, trading at 21 times forecast earnings. The elevation is one big bearish case cited by the likes of David Tepper and Stan Druckenmiller in bashing the rally.

As always, the rebuttal points to massive support from central banks globally, with their liquidity injection prompting investors to take on risky bets. Over the past eight weeks, the Federal Reserve and its counterparts around the world have been buying US$2.4 billion of financial assets per hour, according to data compiled by Bank of America.

“Why would anyone expect stocks to price rationally?” BofA strategists led by Michael Hartnett wrote in a note. “Government and corporate bonds have been fixed by central banks.”

To Quincy Krosby, chief market strategist at Prudential Financial, the ability of the market to stand firm amid surging unemployment and sagging profits is a sign that investors are waiting for some good news to step in and buy.

“Keeping it in this trading range is still constructive,” Krosby said. “The S&P is waiting for that catalyst to break through and move higher.”