My projection is we're going to see some Canadian dollar weakness: Managing director

US stocks fell in a volatile day of trading as investors weighed prospects for growth against a backdrop of rising prices and tightening monetary policy. Treasuries held gains amid a steady stream of haven bids.

The S&P 500 swung back into the red in the last hour of trading, a day after the biggest single-day drop since June 2020 that erased US$1.5 trillion from its market value. The Nasdaq 100 posted modest losses, slipping 0.4 per cent on Thursday. Cisco Systems Inc. slid more than 10 per cent after warning that Chinese lockdowns and other supply disruptions would wipe out sales growth in the current quarter.

Treasury yields were lower across the board amid a growing sense of angst over the health of the global economy and selloff in equity markets. Weaker than forecast US jobless claims and a sharp decline in a regional Philadelphia Fed survey also spurred a burst of buying. Gold gained while the dollar weakened against all of its Group-of-10 counterparts.

The selloff in stocks this week has left the S&P 500 on the brink of notching up its seventh weekly decline, the longest streak since the dotcom bubble burst more than two decades ago. Bets that robust earnings can help investors weather this year’s turbulence were thrown in doubt after US consumer titans signaled a growing impact of high inflation on margins and consumer spending. Meanwhile, Federal Reserve officials reaffirmed this week that tighter monetary policy lies ahead, while investors fretted over stagflation risks. 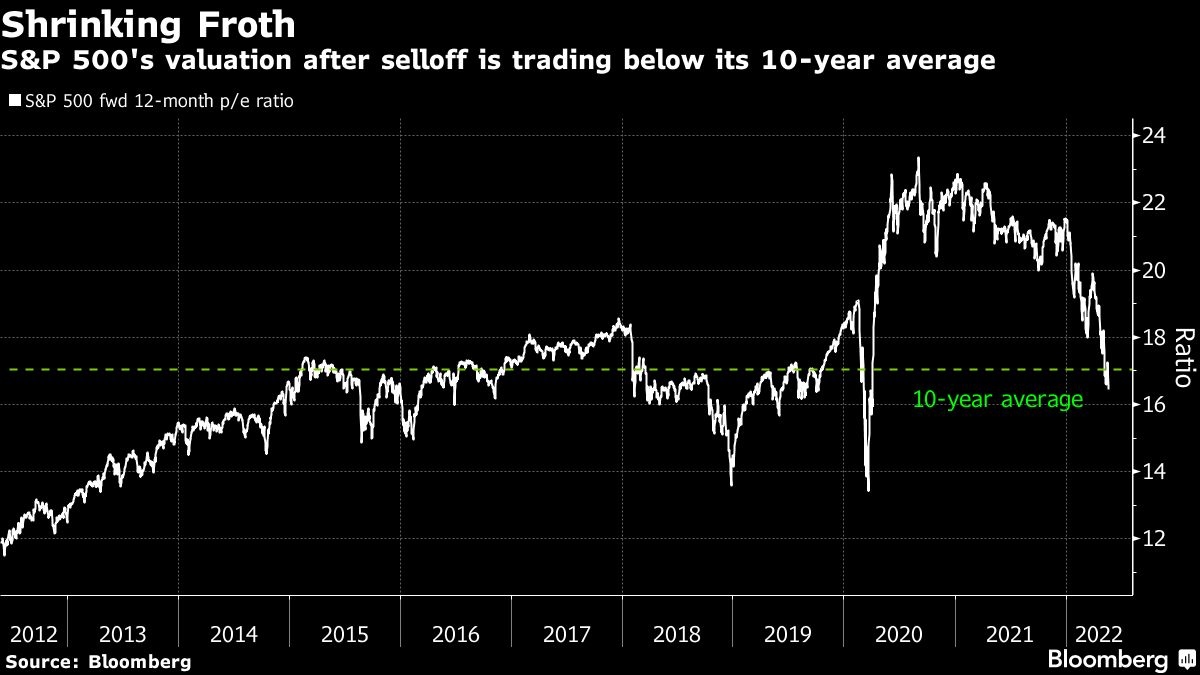 On the corporate front, Twitter Inc. executives told employees on Thursday that the US$44 billion deal to sell the company to billionaire Elon Musk is moving forward as planned. Apple Inc. executives previewed its upcoming mixed-reality headset to the company’s board last week, indicating that development of the device has reached an advanced stage, according to people with knowledge of the matter. Kohl’s Corp. cut its profit and sales outlook in an already tough week for retail companies as inflationary pressures cut into profits.

Elsewhere, the Swiss franc extended its advance versus the dollar after Swiss National Bank President Thomas Jordan said policy makers are ready to act against inflation.