Stocks trimmed their advance into the close as giants Tesla Inc. and Amazon.com Inc. weighed on the Nasdaq 100. Traders also assessed economic data, with inflation remaining at the forefront of the investment debate. The dollar fell, while Treasuries rose.

Gains in commodity and industrial shares in the S&P 500 offset losses in tech and retail companies. Pfizer Inc. climbed as the Biden administration will support its move to begin exporting U.S.-made doses of the coronavirus vaccine, while Moderna Inc. rallied after agreeing to provide as many as 500 million doses of its shot to the global program Covax. Estee Lauder Cos. sank as the cosmetics giant’s sales missed estimates.

A report Monday showed growth at U.S. manufacturers cooled in April, while a gauge of prices paid for materials jumped to the highest since 2008. Federal Reserve Chairman Jerome Powell said the economic recovery is “making real progress,” but gains have been uneven following a downturn that cut hard along lines of race and income. New York Fed President John Williams noted that current conditions are “not nearly enough” for a shift in the policy stance.

Markets have been obsessed over whether higher inflation is coming. Faced with rising prices for everything from lumber to oil and computer chips, chief executive officers have cut costs and boosted prices for their products. The strategy appears to be working, with first-quarter income from S&P 500 companies jumping five times as fast as sales, according to data compiled by Bloomberg Intelligence. 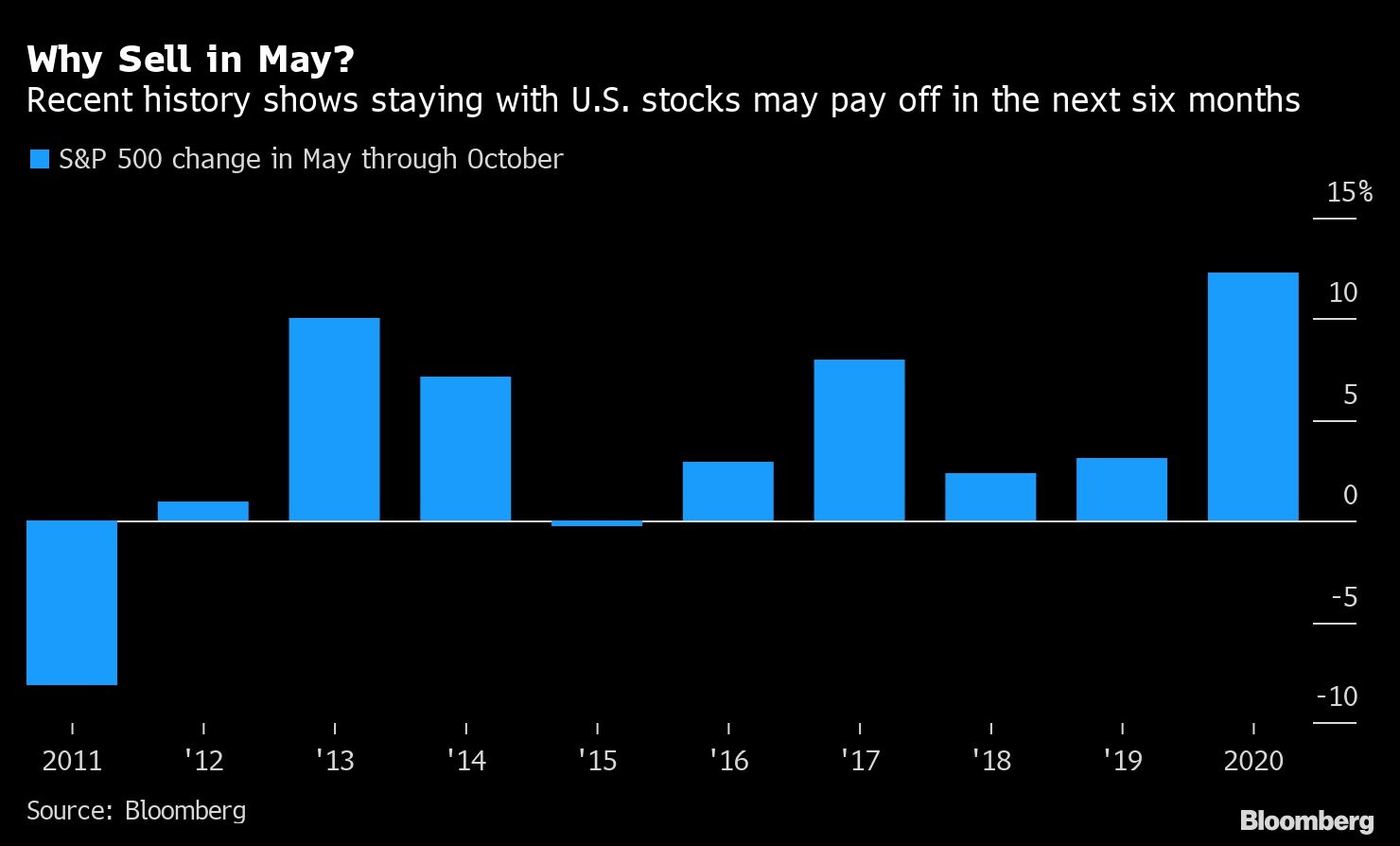 “The earnings season, the economic recovery and the COVID trends -- that’s still going to be the near-term catalyst -- and looking for any hints of change in direction from the Fed,” said Keith Lerner, chief market strategist at Truist Advisory Services.

Ignoring the adage “sell in May and go away” may reward stock investors in 2021, according to LPL Financial. The firm cited the S&P 500’s track record during the past decade in a blog post. In eight of those years, the gauge posted gains for the six months ended in October. Last year’s rally was 12 per cent, the biggest since 2009, when a bull market was just getting started. The benchmark produced an average advance of 3.8 per cent for all 10 years, beating a 1.7 per cent average since 1950.