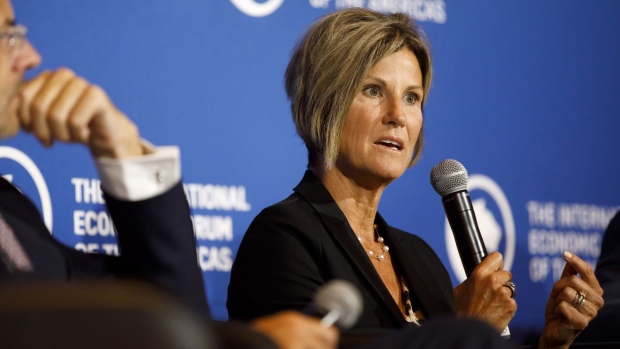 Those kinds of blackout-causing weather events -- and others like them, from wildfires to heat waves -- have effectively become advertisements for home-electricity products including solar panels paired with battery storage as well as generators.

“I see that only increasing as we’re dealing with some unfortunate climatic events all over the country that are making customers want to move even quicker to self-generation,” Powell said in her first interview since taking the helm at the San Francisco-based solar company.

Powell, a Sunrun director and former head of Vermont utility Green Mountain Power, took over as Sunrun’s chief executive officer on Aug. 31. Although she steps into her new role at a time when homeowner interest in solar has been surging -- Sunrun in early August projected 30% growth this year -- she faces at least one obstacle the solar industry hadn’t been expecting: increasing costs after years of declines that helped make the resource more affordable and mainstream.

Higher costs, fueled by supply-chain disruptions like those nearly every industry is facing, threaten to spook price sensitive would-be customers.

“Just sound-bites around increases in cost of panels isn’t a good thing for consumers, because then they think, ‘Oh, I’ll wait for it to come down,’ even though they don’t even realize it still might be affordable for them,” she said.

Still, solar modules make up only a sliver of costs for residential companies -- about 13% of total installation costs this year, according to Pol Lezcano, an analyst at BloombergNEF. A bigger expense for these companies: the cost to acquire customers.

“I don’t think there is anything that is going to dramatically slow down this really customer-led revolution” to rooftop solar, Powell said.