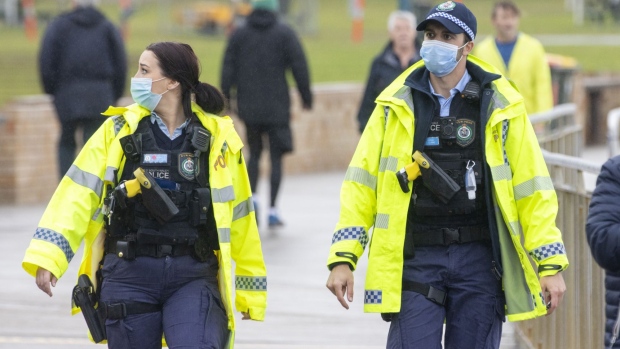 Sydneysiders are braced for a longer and tighter lockdown after Australia’s biggest city recorded 50 new daily cases on Saturday.

“Things are going to get worse before they get better,” New South Wales state Premier Gladys Berejiklian said at a press conference. “Unless we reduce that level of people in the community that are infectious, we won’t be able to turn things around as quickly as we can or as quickly as we should.”

Of the new cases, 26 were infectious while in the community. Total cases in the current delta variant outbreak are now at 489 and Berejiklian has warned that unless it is quickly brought under control, Sydney’s lockdown will need to stay in place beyond July 16.

On Friday, the government imposed stricter social-distancing measures including only allowing one person in a household to shop for food or other essentials once a day.

While tough border restrictions helped Australia prevent the waves of death and illness that swept the U.S. and Europe, a slow vaccine rollout has left it still largely unprotected against the virus. Just 26% of the country’s roughly 26 million people have received their first jab, compared to 68% in the U.K, according to Bloomberg’s Vaccine Tracker.

On Friday, Prime Minister Scott Morrison said a deal with Pfizer Inc. will see millions of vaccine doses delivered earlier than previously scheduled, meaning every Australian will be offered at least one jab by year-end.

Vaccine access has been mainly limited to priority groups and the over 40s, with a shortage of supply meaning even those eligible face long waits to book appointments.

With no clear end in sight to the Sydney lockdown, Federal Labor opposition leader Anthony Albanese on Saturday called on Morrison to do more to support casual employees put out of work by the city’s closure.