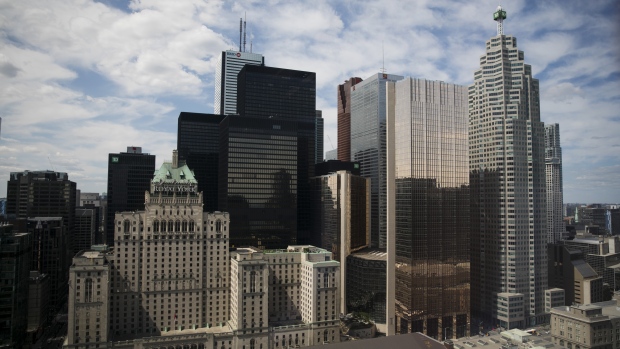 CIBC World Markets is taking a rosier view of the two Canadian banks with the largest American footprint.

In a note to clients, CIBC Equity Analyst Paul Holden raised his ratings on Bank of Montreal and Toronto-Dominion Bank to the equivalent of a buy on expectations that Joe Biden’s victory in the U.S. presidential election and the prospects for a viable COVID-19 vaccine could accelerate a return to more normal economic growth internationally.

Holden also lowered his ratings on Royal Bank of Canada and National Bank to the equivalent of a hold.

Holden said that a more normalized economic growth trajectory could reduce the needs for the banks to set aside large amounts of cash to offset potentially sour loans. BMO and TD could then deploy that cash through share buybacks or potential acquisitions.

“We expect [the Office of the Superintendent of Financial Institutions] will lift capital restrictions at some point in 2021 and perhaps earlier in the year with vaccine distribution,” Holden said. “We see this as a potential catalyst for the [banks] with dividend increases and share repurchases being likely. M&A is also possible for TD and BMO.”

Both OSFI and its American regulatory counterpart have put restrictions in place to prevent banks from increasing their dividends or launching large-scale share buybacks in an effort to ensure the banks have adequate liquidity to weather a protracted downturn and surge in sour loans.

While Holden changed his view on TD and BMO, he warned that it will take time for those growth themes to play out.

“Fiscal stimulus, monetary stimulus, strong house prices and a vaccine should encourage consumer spending and business investment. This is a theme for 2021, not so much for the coming quarter,” he said.