U.S. stocks retreated from an all-time high as investors awaited the heart of the earnings season and more economic data later in the week. The dollar fell.

Technology shares dragged down the S&P 500, which posted its biggest drop in almost four weeks. Tesla Inc. contributed the most to the decline as one of its electric cars that “no one” appeared to be driving crashed and killed two passengers. Small caps underperformed, with more than three-quarters of the stocks in the Russell 2000 closing lower. Copper prices surged to a seven-week high on prospects for strong demand and a pickup in inflation as economies rebound.

In the U.S., the economic calendar is light this week until Thursday, with reports on unemployment claims and home sales among those scheduled for release. Robust economic data helped push stocks to another record last week despite concerns surrounding the spread of COVID-19 variants. Traders will look for further confirmation of the private sector’s recovery from the pandemic as the earnings season gathers pace. United Airlines Holdings Inc. and International Business Machines Corp. are among those with reports after the closing bell on Monday.

“With a deluge of earnings activity this week from across industries, we may be in a bit of a holding pattern until investors digest any beats or misses on that front,” said Chris Larkin, managing director of trading and investing product at E*Trade Financial. “Bottom line is that short-term volatility is typical when we’re knocking around market highs as traders look to uncover value.” 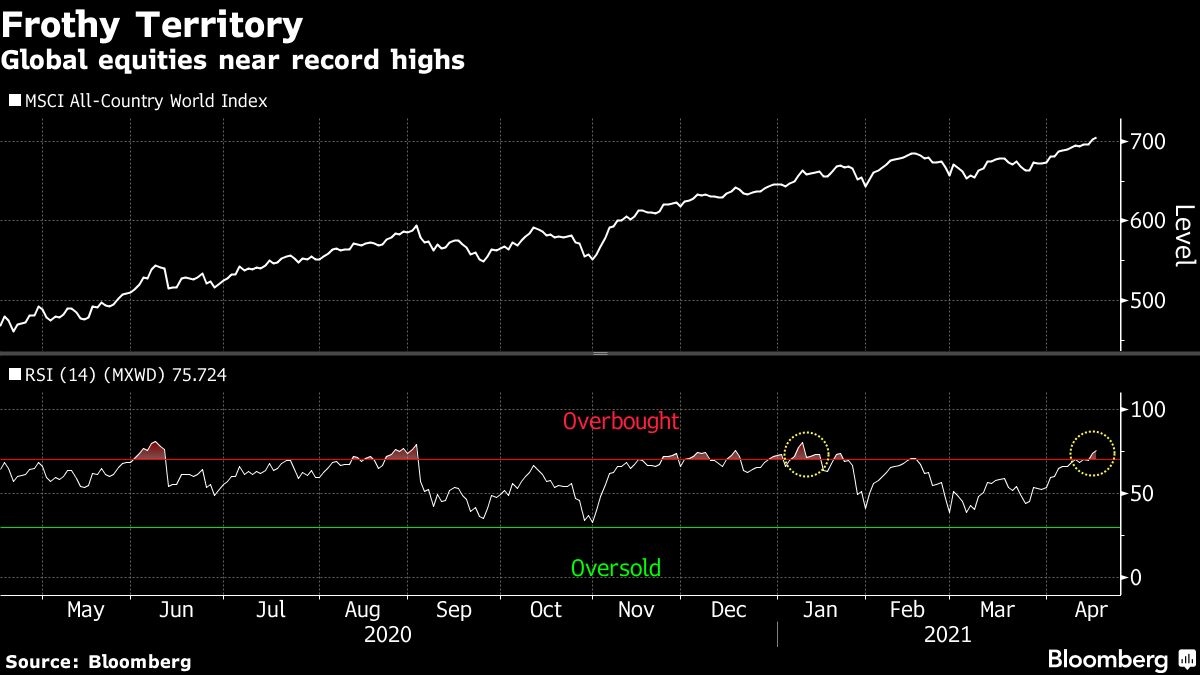 For Matt Maley, chief market strategist for Miller Tabak + Co., the sharp drop in bitcoin over the weekend is having an impact on trading as well.

“Whenever a headline-grabbing asset sees a big decline at a time when the broad market stands at an expensive level, it usually has a negative impact on the stock market, even if it’s only short-lived,” he wrote.