Investors need to be picky when looking at tech names: iCapital's Amoroso

U.S. stocks dropped from all-time highs, with shares of small companies leading declines, and Treasuries gained on an uptick in growth concerns.

“Earnings are one of the bigger factors with better than expected results out of a lot of sectors,” said Ross Mayfield, investment strategy analyst at Baird. “Some of the fears of inflation or margin pressure are not yet being realized despite the problem being so well-known and probably discounted by the market a bit.”

Long bonds continued to outperform shorter-maturity U.S. debt ahead of the government’s auctions of five-year notes Wednesday and a seven-year sale Thursday. The yield difference between 5- and 30-year bonds narrowed to as little as 78 basis points, the lowest since March 2020.

Mining and energy stocks led a retreat in the Stoxx Europe 600 index as prices of raw materials including aluminum and iron ore fell along with crude oil. Germany’s DAX underperformed after Europe’s biggest economy cut its 2021 growth forecast, citing the lingering effects of the pandemic and a supply squeeze. Bund yields dropped along with those on other European bonds. 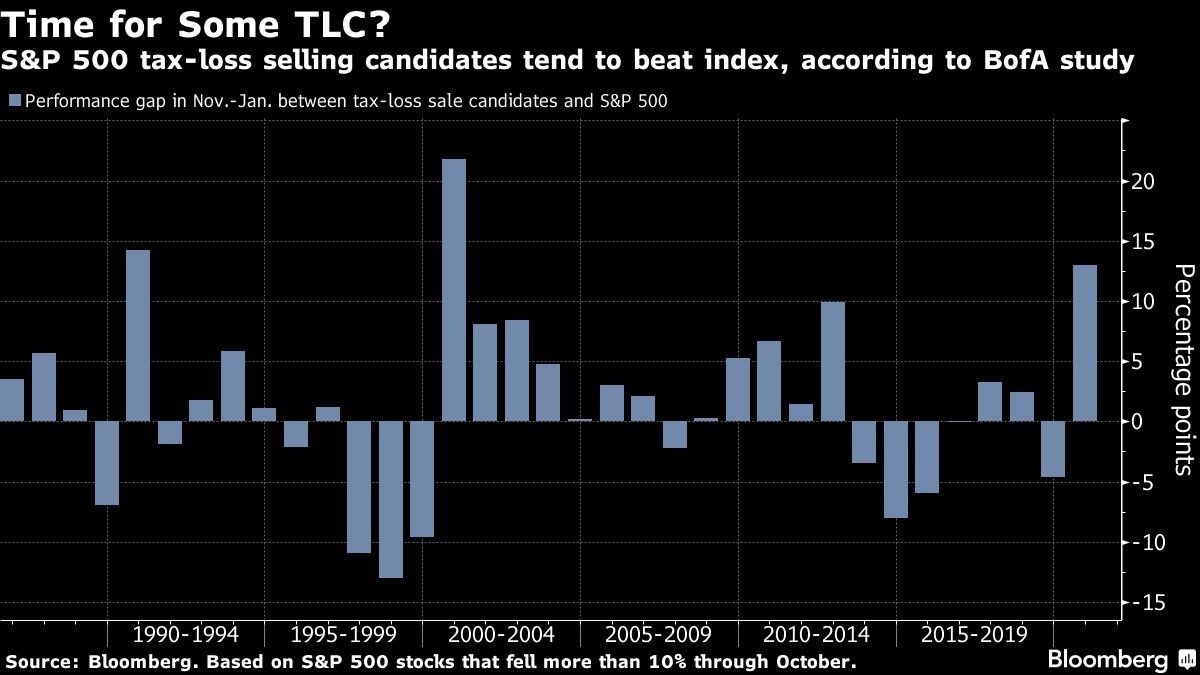 Investors are counting on earnings to support equity prices, and so far the reporting season has been solid overall. But worries remain that over time rising raw material and wage costs and supply-chain snarls could crimp margins and weigh on the global economy recovery.

“Equities moved higher last week, fully recovering from the September dip. That said, in our view, last week’s positive performance does not create headwinds for performance ahead,” said Lauren Goodwin, economist and portfolio strategist at New York Life Investments. “Market positioning is still approximately neutral, which could point to further upside potential in equity markets. We believe recent positive market moves could be the beginning of a now-earlier ‘Santa Clause rally.’”

Bitcoin fell below US$60,000. On the virus front, a Food and Drug Administration panel gave its backing to the Pfizer Inc. and BioNTech SE vaccine for young children.