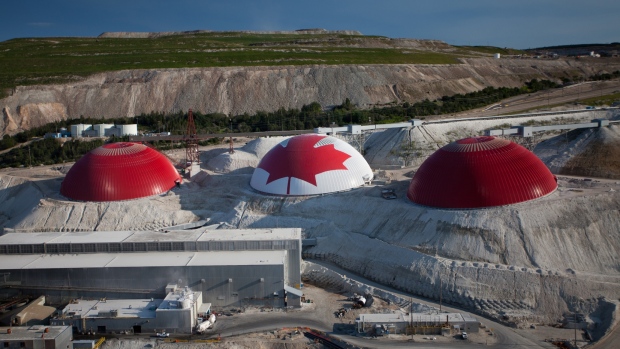 VANCOUVER - Teck Resources Ltd. says it has temporarily slowed operations and reduced its crews by up to 50 per cent at its steelmaking coal and Highland Valley Copper operations in response to the COVID-19 pandemic.

The company, which also suspended its 2020 financial guidance, says the steps taken on March 25 will be in place for an initial period of two weeks and then be re-evaluated. It says all employees available for work will continue to be paid as normal during the initial two-week period.

Total production at its steelmaking coal and Highland Valley operations is expected to be reduced on average to about 80 to 85 per cent of normal levels during the initial two-week period.

Teck says it has also temporarily reduced the number of employees at its Trail, B.C., operations by one third while continuing to operate at planned production levels.

Production at its Red Dog mine in Alaska remains at planned levels, while its Antamina mine in Peru continues to operate at full production levels with less than half of the normal workforce.

The company says its Carmen de Andacollo operation in Chile remains at full production with a reduced workforce, while construction at its Quebrada Blanca Phase 2 project in Chile has been suspended.