China’s government, worried about the growing influence of internet giants like Jack Ma’s Alibaba Group Holding Ltd., has in the span of a few months brought its giant technology sector to heel. Beijing regulators torpedoed Ant’s US$35 billion initial public offering one month after Ma infamously attacked officials for being behind the times, launched an anti-monopoly probe into Alibaba in December, then finalized by March new rules intended to curb monopolistic practices across its entire internet landscape.

In landmark announcements over the past week, it slapped a record US$2.8 billion fine on Alibaba for abusing its market dominance, then ordered an overhaul of Ant Group Co. On Tuesday, regulators summoned 34 of the country’s largest companies from Tencent to TikTok owner ByteDance Ltd., warning them “the red line of laws cannot be touched.” 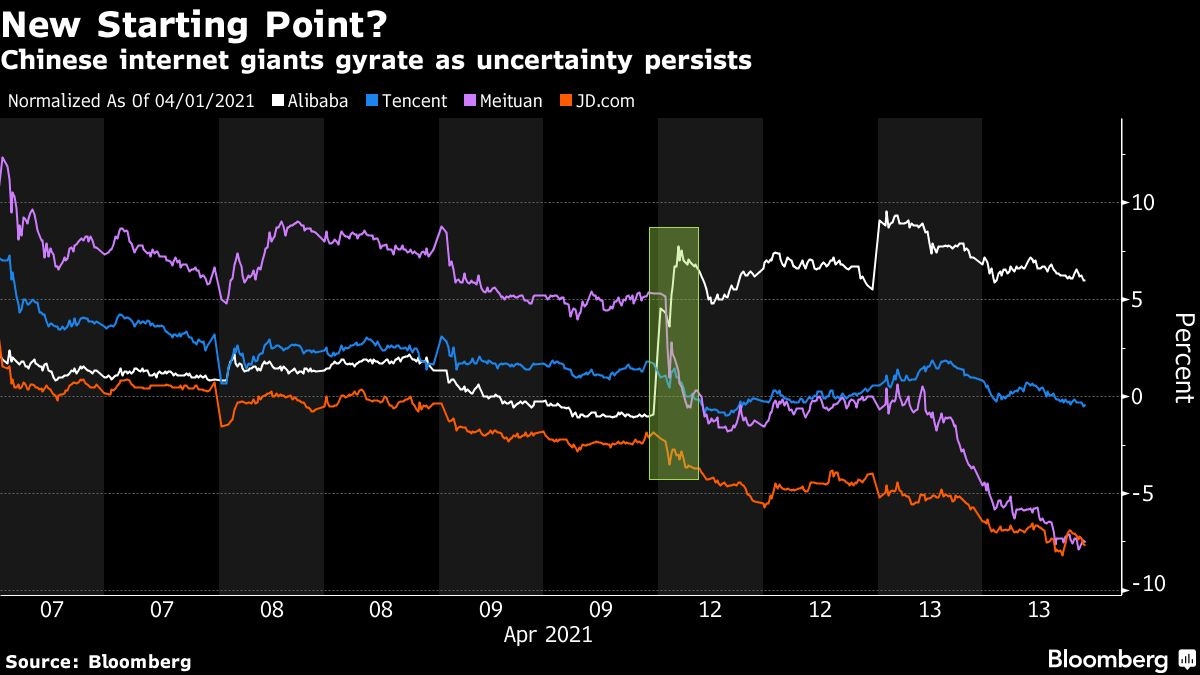 More of China’s largest companies are expected to issue pledges Friday. It remains unclear whether the watchdog or other agencies might demand further action: top financial regulators now see Tencent as the next target for increased supervision, Bloomberg News has reported. And the central bank is said to be leading discussions around establishing a joint venture with local technology giants to oversee the lucrative data they collect from hundreds of millions of consumers, which would be a significant escalation in regulators’ attempts to tighten their grip over the country’s internet sector.

In its statement on Thursday, Tencent promised to refrain from anti-competitive practices including exclusive arrangements. Bilibili Inc., Kuaishou Technology and Trip.com Group Ltd., which is set to debut next week in Hong Kong, were among 10 other firms that issued brief statements Thursday.