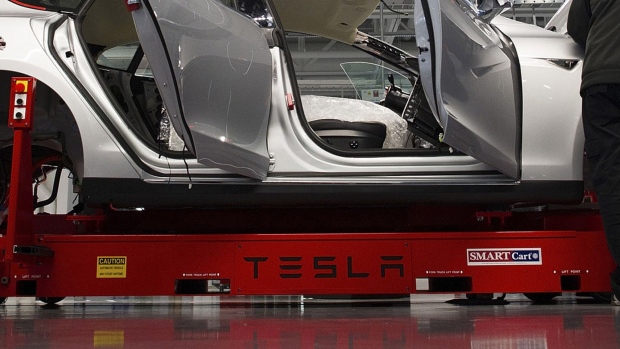 (Bloomberg) -- Tesla Inc. was denied new trial in a suit by a Black former contract worker who was awarded $137 million by a jury that found he faced racist abuse at the electric vehicle maker’s northern California factory.

US District Judge William Orrick on Wednesday denied Tesla’s request for a new trial over both liability and damages in the case brought by Owen Diaz. The judge slashed that award to $15 million in April, but Diaz refused the reduced amount. His lawyers then sought a new trial just over damages, which has been set for March 27, 2023.

An attorney for Tesla didn’t immediately respond to a request for comment.

Tesla has faced a number of high-profile suits — including one filed by the state of California in February — over its treatment of Black employees and subcontracted workers at the Fremont factory.

Diaz won what’s believed to be one of the largest verdicts in US history for an individual plaintiff in a racial discrimination case, following a seven-day trial in San Francisco. His 2017 suit claimed Tesla turned a blind eye to racial epithets and offensive graffiti he faced at the electric carmaker’s auto plant in Fremont, California.