Tesla Inc. gained premarket Tuesday, rebounding from Monday’s rare decline, and at least one analyst is telling investors the dizzying rally isn’t over yet.

“Is it time to redeploy capital after an amazing run? Resoundingly, we think the answer is NO,” Piper Sandler analyst Alexander Potter wrote in a note. “In our view, Tesla is the most consequential company in the mobility ecosystem, and this is unlikely to change in the next decade.”

Potter lifted his price target to US$2,322, the highest among the 30 analyst targets tracked by Bloomberg, from US$939, a target he’s held since April. The new price target implies another 55 per cent of upside over the next 12 months.

The reasons behind the gains aren’t always clear. Improving operations and profitability, a potential for “game-changing” battery technology at an upcoming event, short covering and a potential inclusion in the S&P 500 Index have all helped push the price higher.

The surge has added US$202.3 billion to its market value -- or more than Exxon Mobil’s entire market cap these days -- and propelled it to displace Toyota Motor Corp. as the world’s biggest carmaker by stock value. An average of 17.7 million shares have traded hands daily since the beginning of the year, more than double the activity in the same period last year.

Much of the trading has come from retail investors clamoring to get into the growing electric vehicle space. On the Robinhood trading app, more than 40,000 accounts took positions in Tesla in a single four-hour span on Monday. It was the 10th most popular stock on the platform. 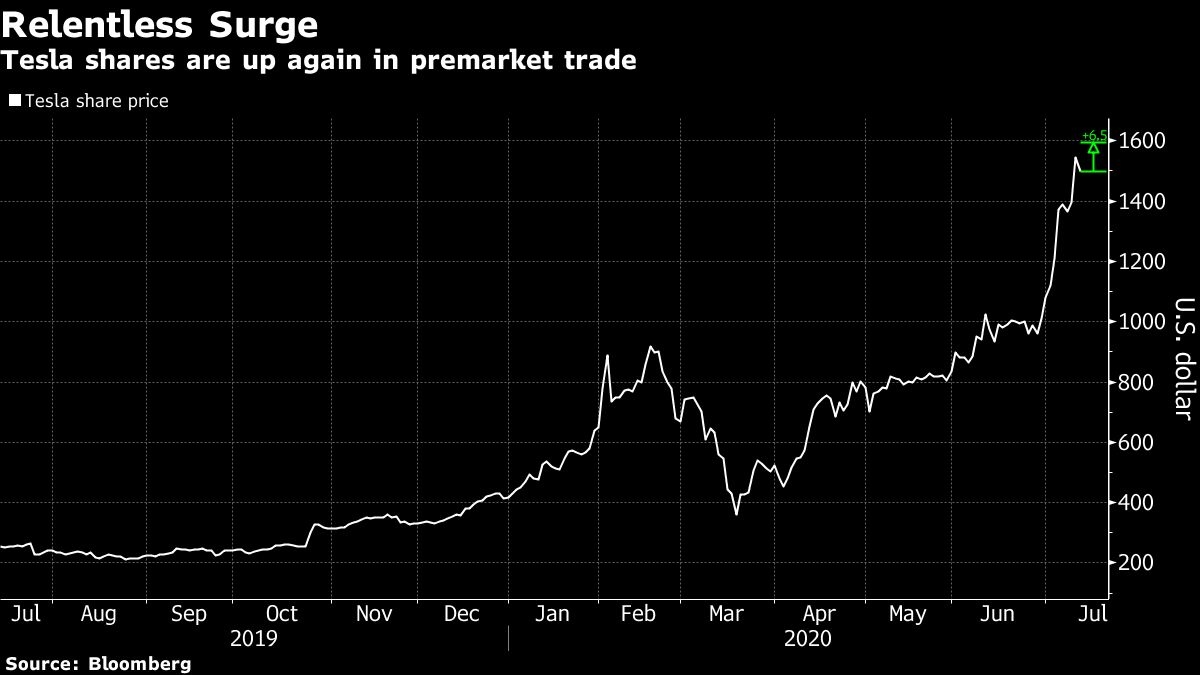 Still, not everyone is cheering the run. The stock last week was poised to cross US$20 billion in short interest bets, the first to do so, according to data from S3 Partners. Amid the rally, the skeptics have suffered more than US$18 billion in mark-to-market losses, including US$4.1 billion in losses in July alone.