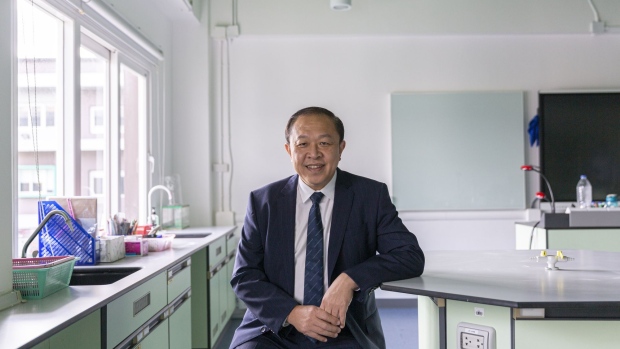 (Bloomberg) -- Thailand’s only exchange-listed school operator will fall short of its target enrollment in the new academic year as the coronavirus crimped foreign recruitment, though SISB Pcl has nearly met its goal by attracting more local students amid travel restrictions.

The company’s five campuses will have about 2,800 students at the start of the upcoming academic year, 3% less than a target of 2,900, said Chief Executive Officer Yew Hock Koh. Still, the tally will be up 6% from last year, with Thais accounting for 85% of students, he said.

“We’ve had some impact on our overseas recruitment plan, especially from China,” Koh said in an interview Friday. “The majority of our students are from the Thai community, which continues to have a lot of potential,” he said, noting that the “number of high-net-worth families continues to increase, boosting the need for international schools.”

SISB, originally called the Singapore International School of Bangkok, uses the curriculum of the city-state because of its reputation in mathematics and science, according to the company’s website. The average annual fee for a student is about 450,000 baht ($14,400), in the medium range compared with other international schools, Koh said.

The company is considering adding campuses in fast-growing Bangkok suburbs and nearby provinces to leverage its brand and tap Thai parents’ rising demand for international education, said Koh. It’s also spending 300 million baht to expand student capacity at an existing Bangkok facility by more than 60%.

Another expense is spending on disinfectants, sanitizers and sterilizers as part of health and safety measures amid the pandemic, he said.

SISB’s shares have dropped 6.8% this year, compared with a 16% slide in the benchmark SET Index.

“We have a positive outlook for SISB’s earnings over the next five years,” with expected student growth of about 10% a year, said Parin Kitchatornpitak, an analyst at KGI Securities (Thailand) Pcl.