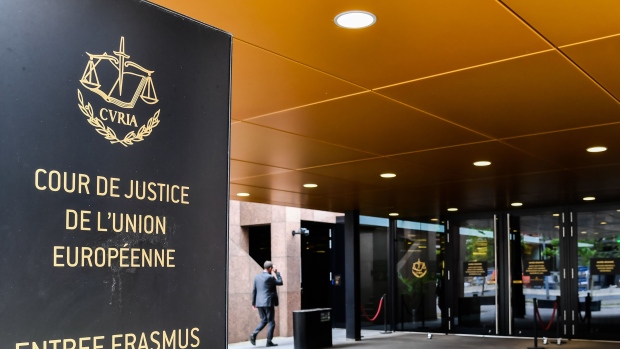 In November of 2014, Alexis Kuperfis boarded a plane in Paris to catch a few warm days in his Porto Vecchio villa on the Mediterranean island of Corsica. An intense week lay behind him, but also one that would prove hugely profitable, so there was reason to decompress.

An independent trader accustomed to betting large sums of his own money on sometimes obscure stocks, Kuperfis had just placed a major bet that would net him about 5 million euros ($5.9 million). But unbeknownst to him, Kuperfis was being secretly watched.

French authorities had begun closing in on a group of bankers and traders who appeared to be tipping off one another on pending corporate deals, aided by about 20 so-called burner phones -- cheap prepaid mobiles that can be quickly discarded and are difficult to trace.

Alerted by the unusually high winnings, investigators had begun tracking his movements, and the trip to Corsica that November brought something of a breakthrough. Investigators discovered that Kuperfis traveled with both his official handset as well as a secret Czech mobile that eventually helped them establish an intricate web of contacts, according to confidential investigative documents seen by Bloomberg that haven’t been previously disclosed.

The revelation that Kuperfis appeared to be using that particular phone allowed investigators to connect the dots and link him to the wider ring. To date, at least nine people have been charged in the probes, including former bankers at Merrill Lynch and Societe Generale SA.

But the years-long investigation that has become France’s biggest insider trading case now hangs in the balance. After Kuperfis was charged in 2017, he turned the tables by launching a privacy lawsuit. Investigators overstepped their authority because they lacked legal backing to review his phone data and track his movements, Kuperfis argues.

At a hearing on Sept. 14 at the European Union Court of Justice, lawyers for Kuperfis and his alleged co-conspirator – Lucien Selce – said that insider trading shouldn’t be pursued with the same methods as acts of terrorism or espionage. As a consequence, investigators shouldn’t have gained access to the private lives of the the accused in the manner that they did, their attorneys said. Kuperfis and Selce say the evidence and the charges against them should be thrown out.

The pair deny any wrongdoing. Loïc Henriot, a lawyer for Kuperfis, added that his client has never been interrogated about the use of any Czech phone. Frédéric Peltier, a lawyer for Selce, said that procedural rules that protect suspects are just as important as market rules. He declined to comment on the specifics of the case.

During the EU Court of Justice hearing, representatives for the French state retorted that access to detailed phone records is key – and sometimes the only way – to prosecute inside trading. A ruling in the case is expected next year, and the outcome stands to have repercussions for the country’s broader efforts to police white-collar crimes.

“The entire case could collapse because investigators went too fast and didn’t heed suspects’ fundamental rights,” said Frank Martin Laprade, a lawyer specialized in market-abuse cases who isn’t involved in this probe. “It wouldn’t be great publicity for French regulators.”

For France, where insider trading has rarely been pursued with much success, the case seemed to provide an opportunity to burnish its credentials. While the case has expanded to an investigation spanning two continents, the U.S. and U.K. have had more success prosecuting cases.

British prosecutors started their probe of members of the ring after their French counterparts but have already clinched two convictions. High-profile guilty pleas of other suspected associates were also secured in New York, including trader Marc Demane Debih, who says he made about $70 million from insider tips, and one of his sources, former Goldman Sachs Group Inc. banker Bryan Cohen.

Back in November of 2014, Kuperfis had bet big on French oil services firm CGG SA, using his own money to build a derivatives position worth about 18 million euros. The following week Kuperfis’s wealth manager liquidated the position after news broke of a takeover offer by French rival Technip Energies NV, handing Kuperfis a windfall.

It wasn’t even his first or most profitable trade, investigators allege. Just a few months earlier, Kuperfis had pocketed more than 20 million euros on another single transaction, General Electric Co.’s bid to buy much of Alstom SA. By that time, the then 34-year-old had been in the crosshairs of French insider-trading investigators, who had developed an interest in the man whose suspicious winnings that year topped out at almost 26 million euros. They soon made their first move.

At the crack of dawn on Dec. 9, 2014, authorities from the AMF markets regulator and police investigators stormed into an apartment on rue Spontini in the upscale 16th district in Paris where Kuperfis was staying. They seized his phone and other evidence, beginning the years-long effort of piecing together his moves.

Using mobile-phone data, investigators began painstakingly weaving together a network that placed Kuperfis at the center. The team analyzed his movements with the help of data retrieved from cell-phone towers. The data sets helped them create lists of which calls where connecting where, and the investigators sought matching patterns to link members to one another.

Investigators found an entry point into Kuperfis’s activities by analyzing his use of the phone registered to open a bank account. That particular phone became a tool to trace his steps because handsets automatically connect to cell towers near them, leaving a digital fingerprint.

Around the days when Kuperfis traded the CGG stock, his calls often hooked up to cell towers in two places – in the Corsican city of Porto Vecchio where he had a villa, and near the Paris flat that he used, investigators found out. And so began a complex work of going through all inbound and outbound calls connecting to these particular cells to establish possible patterns.

Investigators soon noticed that, in addition to the official handset Kuperfis used, four other mobile phones often connected to the towers they were monitoring, and they sought to relay them back to the trader. Turns out that one was the Swiss mobile of his wealth manager, Thierry Braha, which, according to investigators, suggested they must have been together at some point during those days. Another one was the Czech phone that investigators say Kuperfis had been using to talk to Selce.

That revelation opened more doors, giving investigators a fuller picture of the network’s pattern. From Selce, they drew a line to a specialist in acquisition finance at Societe General, and from Kuperfis another one to Samy Khouadja, an ex-Merrill Lynch banker who appeared to be in contact with a consultant at Brunswick Group, an adviser to Technip.

Today, the fate of Kuperfis, last known to reside in Geneva, and that of France’s most ambitious insider-trading probe are tied up in the court in Luxembourg. Long after his Czech phone got disconnected, he might soon be wishing he hadn’t taken it with him on that November trip to Corsica.