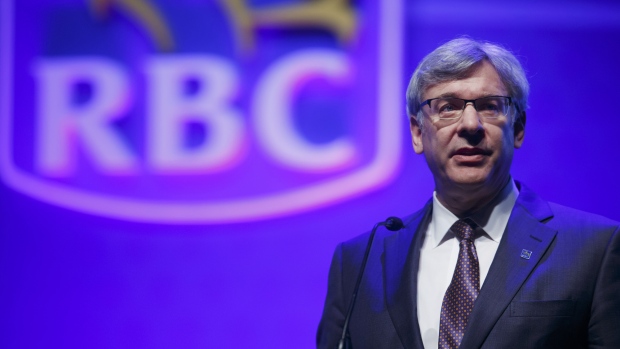 Canada's economy shrank 7.2 pe cent in March as COVID-19 spread across the country and lockdown measures took hold. Only a single sector - utilities - managed to eke out grrowth in the month. It was a historically weak handoff for the first quarter and there's no escaption the economic pain has only gotten worse since then. Statistics Canada gave a preliminary snapshot of what happenef last month; it's estimating GDP sank 11 per cent in April.

IN CONVERSATION WITH RBC'S CEO

Dave McKay joins Amanda at 1 p.m. ET for a deep dive on the quarter that saw Canada’s largest bank set aside $2.8 billion for loans that could go bad and what comes next as governments wrestle with the challenges of reopening their economies.

We’ll get industry perspective today after Ontario Premier urged investors to speak up and threatened to yank licences in the aftermath of the Canadian Armed Forces’ report on abhorrent conditions in five long-term care facilities. The chief executive of Chartwell Retirement Residences (which, it must be pointed out, is not involved with the five properties that were the focus of the CAF report) joins Amanda at 1:20 p.m. ET Don’t miss it.

Less than 12 hours after the White House confirmed that U.S. President Donald Trump had signed an executive order that could expose social media platforms to greater liability risk and regulatory scrutiny, Twitter once again tagged one of his tweets. This time, for glorifying violence in a tweet early today that warns the military is ready to step in amid violence in Minnesota (“when the looting starts, the shooting starts,” he wrote).

The big Canadian pot producer's shares came under pressure in pre-market trading after it yanked its previous targets for becoming profitable while warning investors that fiscal 2021 will be a "transition year". The company also reported a fourth-quarter net loss that ballooned to $1.3 billion amid impairments, restructuring charges, and a 13 per cent sequential decline in net revenue.

Laurentian Bank of Canada has dared to do what almost never happens in its peer group by cutting its dividend. As of August, the quarterly payout will be slashed 40 per cent to 40 cents per share. Its CEO said it’s a prudent move that will support its strategic growth and shore up its balance sheet. We’ll see how it goes over with investors.

-CannTrust Holdings announced Health Canada has reinstated its licence for the Fenwick harvesting facility in Ontario's Niagara region. The embattled cannabis producer, which is currently in CCAA, said it will immediately restart operations at Fenwick; however, the licence for its Vaughan manufacturing facility is still suspended and so it can't estimate when its products will hit the market.

-Aritzia said late yesterday its ecommerce revenue has surged more than 150 per cent year-over-year since it shuttered stores in mid-March as lockdown measures took effect. The retailer also said it's aiming to have 30 stores open by the end of May.