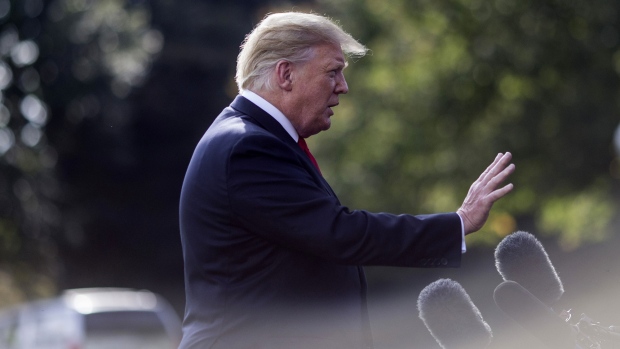 The mood of the market is dreary this morning as U.S. President Donald Trump tweets his views on the deadlock in trade talks with China. “We are right where we want to be with China,” he wrote yesterday, sandwiched between suggestions China’s negotiators are biding their time until after the 2020 election and a declaration of his love for “BIG TARIFFS!” And this morning, he warned Beijing not to retaliate against the Americans’ latest tariff hike. We’ll address the implications for investors with talks seemingly at an impasse.

The initial public offering pricing evidently wasn’t conservative enough, after Uber shares sagged almost eight per cent in their first day of trading on Friday, with the stock down another couple percentage points in pre-market trading this morning. We’ll assess lessons learned for other major tech IPOs in the pipeline.

Kawhi Leonard’s stock went up another couple notches with that shot. And you’ve got to imagine Mayor John Tory will be in high spirits when he joins us this afternoon to discuss his visit to Los Angeles. Maybe we’ll find out if he’s placing a friendly wager on the conference finals with his Milwaukee counterpart. If you look hard enough, there are some business angles to the matchup. We’ll unearth some of them.

WHO’S NEXT AT THE BANK OF CANADA?

Our Bloomberg partners are sizing up Stephen Poloz’s potential successors as the Bank of Canada governor nears the final year of his term. From the next in line, Carolyn Wilkins; to her predecessor, Tiff Macklem, Theo Argitis has scanned the field and will join us this morning. We’re also looking forward to speaking with the governor himself later this week in Ottawa.

-Brent and WTI crude oil prices are up ~1.5 per cent after reported attacks on Saudi Arabian oil tankers near the Strait of Hormuz.

-The Ontario Securities Commission today will decide whether to approve a preliminary settlement agreement with Alex Tapscott and his NextBlock Global venture that met its demise after misrepresenting prominent blockchain insiders as advisors.

-Who knows if it’s enough to lift sales, but Tim Hortons has unveiled a new lid designed to spare its customers from spills, new brewing technology that’s meant to produce more consistent coffee, and a sustainability drive to promote reusable cups.