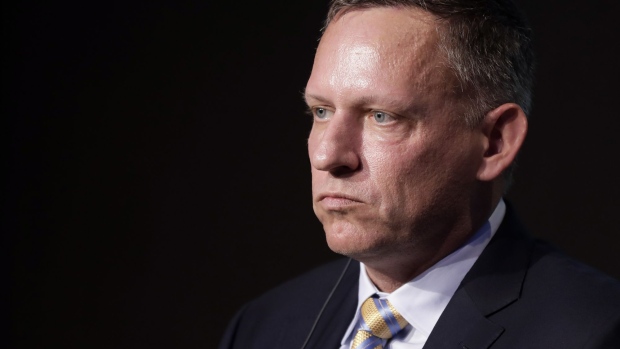 (Bloomberg) -- Peter Thiel said Sunday at a conservative conference that the high price of Bitcoin indicates the economy is facing real inflation.

The tech billionaire said price rises aren’t transitory, and criticized the Federal Reserve for not addressing inflation and failing to recognize its seriousness.

“You know, $60,000 Bitcoin, I’m not sure that one should aggressively buy,” he said. “But surely what it is telling us is that we are having a crisis moment.” He said he regretted not buying more of the cryptocurrency earlier.

The Fed isn’t even acknowledging the problem, Thiel said, and is guilty of embracing the theory that it could print money without triggering inflation. He said the Fed is in a state of “epistemic closure,” a philosophical term that means close-mindedness.

Thiel made the remarks at the second National Conservatism Conference. Other speakers slated to attend include Republican Senators Josh Hawley of Missouri, Marco Rubio of Florida, Ted Cruz of Texas, and Ohio Senate candidate JD Vance.

Vance, a venture capitalist and the author of “Hillbilly Elegy,” and Arizona Senate candidate Blake Masters, who leads Thiel Capital and the Thiel Foundation, have both received the billionaire’s backing. He has given $10 million to super PACs supporting both Masters and Vance.