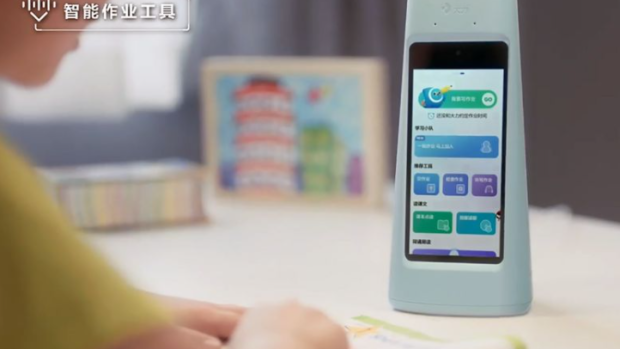 ByteDance Ltd. has taken the wraps off its first consumer gadget -- a US$100 lamp with built-in displays for kids -- as TikTok’s Chinese owner deepens its foray into online education.

The company touted its smart lamp with a touch screen, camera and built-in voice assistant that can tutor schoolchildren on their homework. Parents can check in remotely via a mobile app connected to the lamp’s camera. ByteDance’s range of educational products, including the lamp, will be offered under a new brand called Dali -- which means “big force.”

The company will adopt a “Big Education” approach, targeting not only students but also teachers and institutions, Chen added.

Known as an “app factory,” ByteDance has regularly churned out mobile offerings from newsreader Toutiao to TikTok’s Chinese cousin Douyin. But the world’s largest startup -- valued at $140 billion by CBInsights -- is struggling to find its next breakout hit amid a U.S. campaign against its biggest international success so far, TikTok. Billionaire founder Zhang Yiming has entrusted his chief lieutenant Chen, who previously headed Toutiao, to make bets in the heated arena of online learning.

Chen has previously said ByteDance’s education arm will invest without considering profitability in the next three years. The unit already has more than 10,000 employees, including tutors. The company runs a stable of learning apps for everything from one-on-one English tutoring to classroom-style maths cramming. It’s seeking to tap demand for after-school tutoring from affluent households, competing against incumbents like TAL Education Group, as well as deep-pocketed upstarts like Tencent Holdings Ltd.-backed VIPKid.

Hardware could complement ByteDance’s push into online education, creating an Apple Inc.-style ecosystem that locks in users with gadgets as well as content. The Dali smart lamp went on sale on Chinese e-commerce sites in July, but ByteDance has only now revealed that it’s behind the product, which has so far garnered nearly 3,000 buyer comments on JD.com.

Louis Yang, a co-founder of Musical.ly -- the app acquired by ByteDance that morphed into TikTok -- is the lamp’s product head.