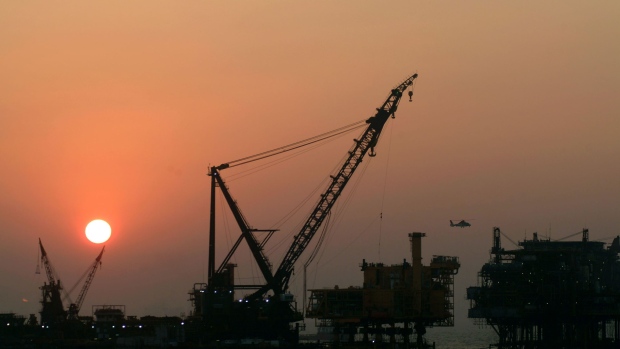 (Bloomberg) -- Oil & Natural Gas Corp.’s profit beat estimates to rise more than three times after oil prices surged in the wake of Russia’s invasion of Ukraine and an increase in local gas prices.

The top firm’s net income soared to 152.1 billion rupees ($1.9 billion) in the quarter ended June from 43.35 billion rupees in the same period a year ago, according to an exchange filing on Friday. That’s higher than the average 148.4 billion rupees estimated by a Bloomberg survey of analysts. Revenue rose 84% to 423.2 billion rupees.

That prompted India to impose a $40-a-barrel tax on domestic production of oil from July 1 to take away windfall gains being reaped by producers, which was later reduced after prices softened.