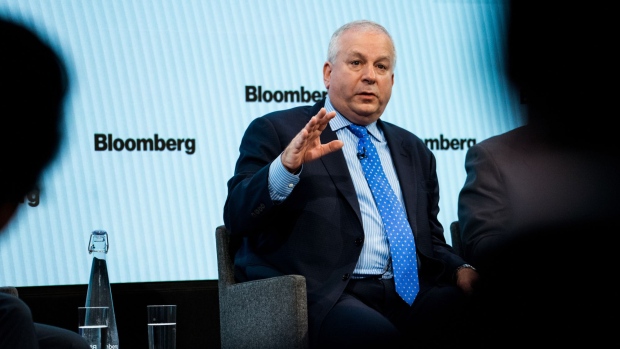 (Bloomberg) -- Traders are being too aggressive in betting on rate increases by the Bank of Canada as the country’s labor market gets hotter, according to economist David Rosenberg.

The market is pricing in five rate hikes by the central bank in 2022, suggesting it will be faster to tighten monetary policy than the U.S. Federal Reserve. The Canadian economy saw 153,700 new jobs created in November, Statistics Canada said Friday, blowing past economists’ expectations.

But traders are underestimating how quickly higher rates will act to slow growth, Rosenberg said. “Five rate hikes priced in for next year for Canada? To me that’s absolutely ridiculous,” he said on BNN Bloomberg Television. “I don’t even know if the Fed’s going to go three times next year.”

Rosenberg, a former Merrill Lynch economist who in 2019 launched his own firm, Rosenberg Research & Associates Inc., said there’s no evidence in the U.S. or Canadian payroll reports that a wage-price spiral is taking hold.

Canada’s two-year benchmark yield rose as high as 1.049% on Friday after the strong jobs report, but the 10-year rate fell. That flattening of the yield curve is a hint that the economic rebound will be “truncated” as high levels of debt drag down growth, Rosenberg said.

“The central banks might want to raise rates. They won’t raise them as much as what the market’s got priced in, and that’s really what the back end of the curve is telling you,” he said. “Too much debt, it’s not going to take much to raise rates and actually tip the scales towards much slower growth in the next 12 to 24 months.”