OTTAWA -- The federal government will deploy up to $82 billion in direct spending and deferred taxes to help every Canadian get through the COVID-19 pandemic, Prime Minister Justin Trudeau said Wednesday.

"In these extraordinary times our government is taking extraordinary measures," Trudeau said in a news conference outside his Ottawa residence.

He said the package is aimed at ensuring people can do what they need to do to protect their health and that of others without fear of not being able to feed their families or pay their rent or mortgages.

The unprecedented financial-aid package will beef up Canada Child Benefit payments for families and GST tax credits for low- and middle-income earners, provide a wage subsidy for small businesses to help them keep staff on the payroll during the slowdown, pause Canada Student Loan payments for six months and establish emergency benefits for people who don't qualify for employment insurance.

There will be support for shelters that house the homeless or people fleeing gender-based violence, to ensure they can help people and manage the need for some to self-isolate. A separate fund to help First Nation, Inuit and Metis communities respond to COVID-19 is also part of the package. 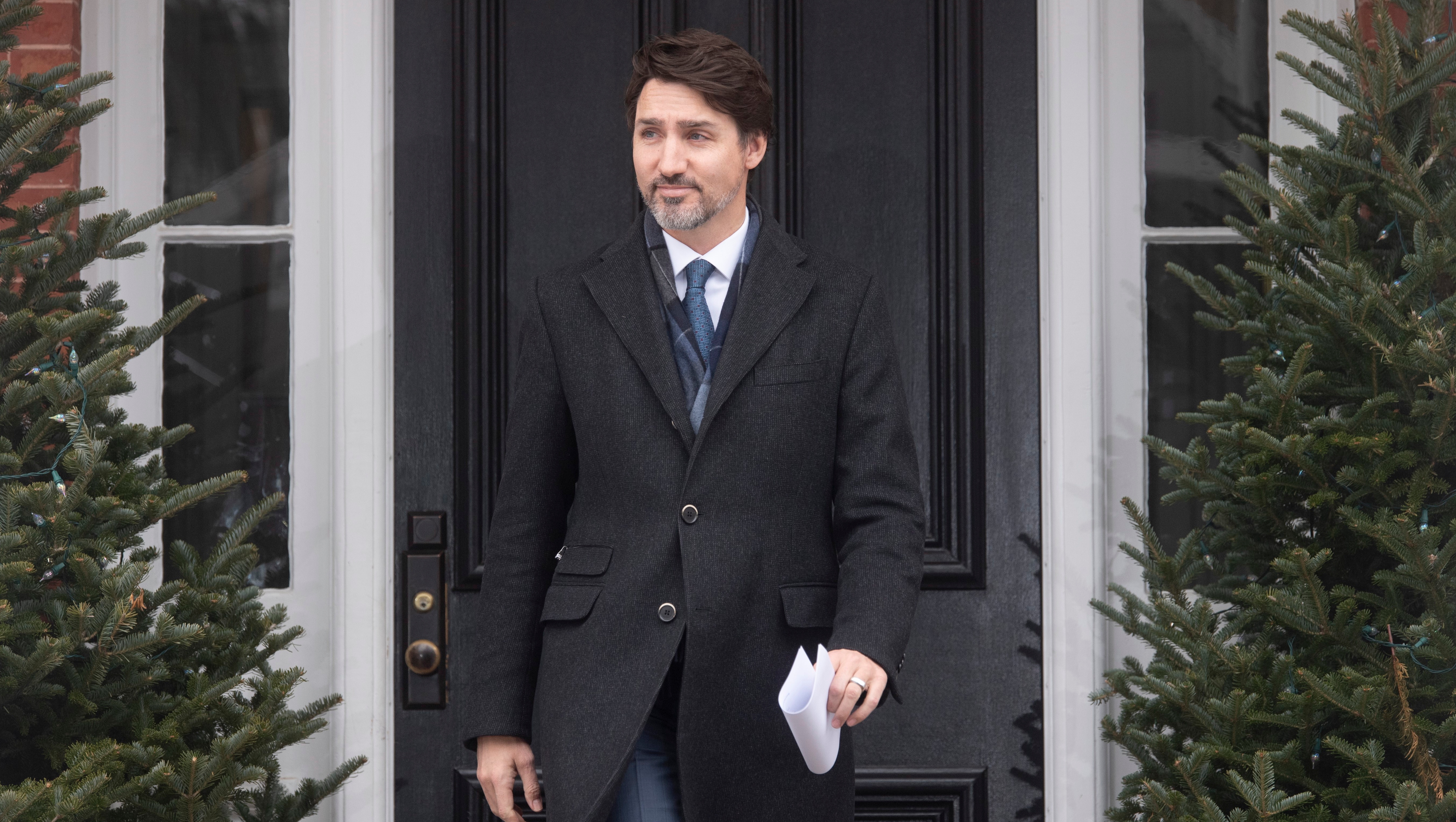 The single biggest item is deferring tax payments until August, accounting for an estimated $55 billion. Canadian businesses and individuals who owe tax money after today will be able to put off paying it until after August. The government is also moving the deadline for filing taxes to June 1 but is encouraging those who receive benefits from the GST credit or the child benefit to file as soon as possible to get access the additional funds available under those programs.

Health authorities say the novel coronavirus could overwhelm Canada's hospitals if it spreads freely. Most people suffer relatively manageable symptoms, such as fevers and coughs, but a small percentage of people who get COVID-19 need intensive care, sometimes for weeks. More than 200,000 people around the world have tested positive for the virus and 8,300 are known to have died from it.

There are now 611 confirmed cases of COVID-19 in Canada, including nine deaths.

Canada's chief public health officer, Dr. Theresa Tam, said the concerning thing is the sharp uptick in cases, as well as wider reports of "community transmission." Government efforts to reduce the spread of the virus, which originated in central China, are aimed at ensuring the number of cases does not spike so quickly that it overwhelms Canada's health system.

Finance Minister Bill Morneau said the government is encouraging every Canadian who can stay at home to do so, but acknowledged the wide-scale shut down of everything from schools to retailers to international travel, "is having a significant impact on our economy."

"This is a challenge like none that we've ever faced before," he said.

"Clearly the impacts of this pandemic have been profound and will continue to be profound. Households and businesses are already feeling the effects. Our government is prepared to do whatever it takes to keep our economy strong and stable. Whatever it takes."

The government last week announced a $1-billion fund to help Canada respond to the virus, including funds for the health-care system. Morneau said this is still all Phase 1 of the response, with more to come, including looking at what will be needed to help businesses and families return to normal, whenever that can happen.

It is not clear to anyone how long the shutdowns will last but many weeks to months appears to be the minimum projection.

Avery Shenfeld, the chief economist at CIBC Capital Markets, said the federal package will "cushion the blow" but not prevent an expected recession.

Shenfeld said the Canadian aid is better than the current United States' plan to mail a cheque to every American, because the disruptions are not evenly spread.

"But at this point it makes much more sense for the federal government, which can borrow on our collective behalfs at rock-bottom interest rates, to go deeper into debt, than to rely on business and households to have access to even more credit than they will already need to stay afloat," Shenfeld said.

Dan Kelly, president of the Canadian Federation of Independent Business, said in a statement the federal package will be of help, but said the wage subsidy on offer needs to be much higher.

Morneau is promising $3.8 billion to help small businesses, charities and non-profit organizations keep paying employees, by subsidizing 10 per cent of an employee's wages for three months. It will max out at $1,375 per employee and $25,000 per business.

But the CFIB said by last weekend half of Canada's small businesses had reported drops in sales, and a quarter said they won't survive a significant drop in income that lasts more than one month. CFIB wants the government to increase the wage subsidy from 10 per cent to between 75 and 90 per cent, which is what some European countries have done. Denmark, for instance, offered a 75 per cent wage subsidy for up to three months.

Trudeau has been in self-isolation for nearly a week because his wife, Sophie Gregoire Trudeau, tested positive for COVID-19 on March 13, after a trip to England. Trudeau said he and their three children, who are also in isolation, have shown no symptoms. Gregoire Trudeau continues to suffer flu-like symptoms including intermittent headaches and fevers but is recovering.

In the middle of the press conference the prime minister suddenly paused to run back inside to grab his coat. He said he is supposed to be modelling good health behaviour and while it was sunny in Ottawa, "it's a little brisk."

Trudeau and U.S. President Donald Trump announced separately the U.S.-Canada border will be temporarily closed to non-essential travel, but Trudeau said the critical supply chain between the two countries will continue.

While many civil servants who will be needed to roll out the aid package are working from home, Trudeau said the government has spent the last few days ensuring the capacity to get the money out because too many Canadians and businesses are "looking at their sources of income dry up because of COVID-19."

The government has stressed that Canada has a strong financial position that will allow it to absorb the costs.

Economic growth in Canada and around the world, already sluggish before the outbreak, has slowed to a crawl, with many economists predicting a global recession.