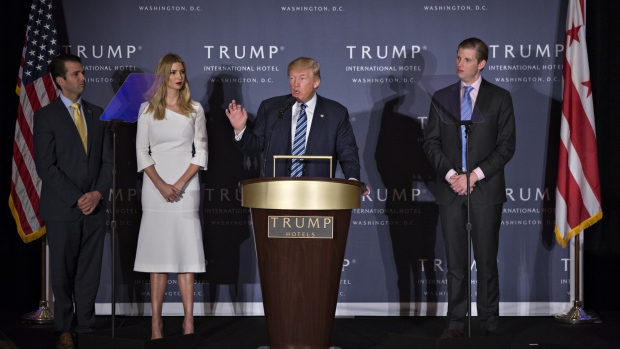 Attorney General Barbara Underwood sued to dissolve the Donald J. Trump Foundation and block its board members from serving on any not-for-profit organization authorized by New York law.

"The Foundation was little more than a checkbook for payments to not-for-profits from Mr. Trump or the Trump Organization,” according to the complaint filed in New York state court Thursday. “This resulted in multiple violations of state and federal law because payments were made using Foundation money regardless of the purpose of the payment.”

The Trump Brief: A President’s Probes, Prosecutions and Lawsuits

To contact the reporter on this story: Chris Dolmetsch in New York State Supreme Court in Manhattan at cdolmetsch@bloomberg.net