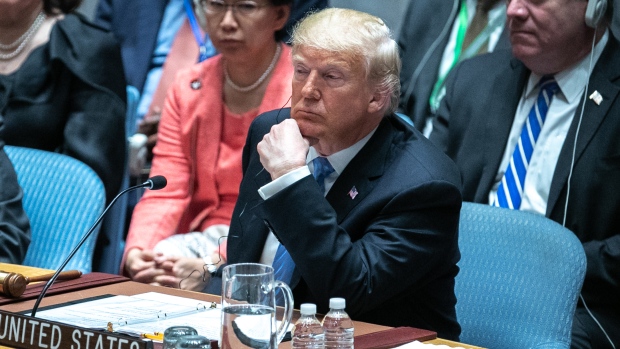 “Unfortunately, they just raised interest rates,” Trump said at a press conference in New York, where he was attending the annual United Nations General Assembly. “I am not happy about that.”

“I’m worried about the fact that they seem to like raising interest rates,” the president added.

The central bank earlier in the day announced its third rate increase of the year, a quarter-point boost that raised the benchmark federal funds rate to a target range of 2 percent to 2.25 percent.

Trump publicly criticized Fed interest-rate increases earlier this year, breaking with more than two decades of White House tradition of avoiding comments on monetary policy out of respect for the independence of the U.S. central bank. Trump told CNBC in July he was “not happy about” the Fed raising borrowing costs.

Federal Reserve Chairman Jerome Powell, who was nominated by Trump, has a four-year term as chairman that ends in 2022. According to the Federal Reserve Act, a Fed chairman can only be removed from office before his or her term ends “for cause,” which isn’t defined.