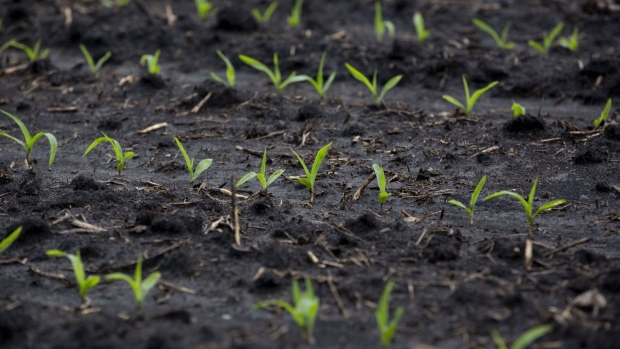 President Donald Trump, seeking to tamp down political fallout in U.S. farm states essential to his re-election, has ordered federal agencies to shift course on relieving some oil refineries of requirements to use biofuel such as corn-based ethanol.

Trump and top cabinet leaders decided late Thursday they wouldn’t make changes to just-issued waivers that allow small refineries to ignore the mandates, but agreed to start boosting biofuel-blending quotas to make up for expected exemptions beginning in 2021. The outcome was described by people familiar with the matter who asked not to be named before a formal announcement could be made.

The decision was reached after a flurry of White House meetings this week on the issue, which divides two of Trump’s top political constituencies: rural Americans and the oil industry. With the move, Trump is largely siding with farmers, ethanol producers and political leaders in Iowa that have accused the president of turning his back on the industry.

But the administration’s shift risks blowback in Pennsylvania and other battleground states, where blue-collar refinery workers have held rallies to push for relief from U.S. biofuel quotas they say are too expensive. The largest coalition of U.S. building trades unions on Thursday warned Trump that changing course on exemptions would betray the president’s “campaign promise to protect every manufacturing job.”

“President Trump is committed to ensuring our country not only continues to be the agricultural envy of the world, but also remains energy independent and secure,” said White House spokesman Judd Deere said.

Iowa-based biodiesel producer Renewable Energy Group Inc. climbed as much as 4.5% on the news, to $11.53. Pacific Ethanol Inc. and Green Plains Inc. briefly gained before resuming losses as the U.S.-China trade war showed signs of deepening with the latter announcing plans to levy additional tariffs on American-made goods and Trump promising to respond.

Administration officials agreed to the broad contours of a renewable fuel plan, including further moves to encourage the use of E15 gasoline containing 15 per cent ethanol, beyond the 10 per cent variety common across the U.S.

Under the tentative plan, the Environmental Protection Agency will also give a 500 million gallon boost to the amount of conventional renewable fuel, such as ethanol, that must be used in 2020. A separate quota for biodiesel, typically made from soybeans, would get a 250 million gallon increase.

The EPA has drawn intense criticism for its Aug. 9 decision to exempt 31 refineries from 2018 biofuel-blending requirements. Although federal law authorizes the waivers for small refineries facing an economic hardship, the number of those exemptions has surged during the Trump administration, and biofuel producers say they are being handed out too freely.

The backlash has been most severe in Iowa, the nation’s top producer of ethanol and the corn used in its manufacture. It is also critical for Trump’s re-election; the state twice voted for Barack Obama before voting to send Trump to the White House in 2016.

Trump’s Democratic challengers have seized on the issue, with frontrunner Joe Biden accusing the president of lying to farmers and abandoning a campaign promise to “unleash ethanol.”

However, EPA officials and oil industry leaders say the waivers haven’t harmed domestic ethanol demand and blame a glut of the product for suppressing prices. Trump’s trade war with China has exacerbated the industry’s economic challenges. As with U.S.-grown agricultural products, including soybeans, ethanol faces retaliatory tariffs in China.

Against the backdrop of the tariffs, the exemptions delivered another blow to the U.S. Midwest, where guaranteed domestic ethanol demand helps provide a floor of support for corn farmers and buttresses swings in commodity prices. Ethanol refining accounts for about 40% of U.S. corn consumption.

Becker said he “can’t fault” Trump for getting tough on China, but the combination of the trade war and small refinery exemptions was causing too much pain domestically. “You don’t fight China and then give out SREs,” Becker said. “Farmers are furious now.”

Agriculture Secretary Sonny Perdue had urged the White House to rescind some of the recently issued waivers -- at least those for refineries tied to “big” oil companies -- according to an Aug. 20 memo obtained by Bloomberg.

EPA officials successfully argued that would be illegal.

Instead, Trump directed the agency to increase biofuel quotas to make up for the exemptions, a move that will effectively boost the burden for larger refineries that are not eligible to win waivers. The EPA will start incorporating expected exemptions into annual biofuel quotas beginning with 2021.

The blending requirements are typically set by Nov. 30 of the preceding year, except for biodiesel quotas that are set two years in advance.

“Secretary Perdue always advocates for farmers,” and conversations regarding small refinery exemptions are continuing, the USDA said in a texted statement.