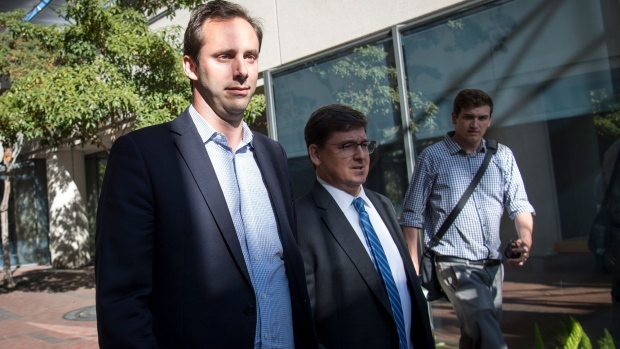 The pardon was supported by venture capitalist and Trump supporter Peter Thiel, virtual-reality developer Palmer Luckey and former Walt Disney Co. executive Michael Ovitz, among others, according to a statement from the White House on Tuesday.

In August, U.S. District Judge William Alsup in San Francisco ordered Levandowski to spend 18 months in prison, concluding one of the highest-profile criminal cases to hit Silicon Valley and describing it as “the biggest trade secret crime I have ever seen.” Levandowski had pleaded guilty to trade secret theft.

Levandowski was an autonomous vehicle pioneer, helping the Google car project, now known as Waymo, during its early years. Uber Technologies Inc. hired him to run its self-driving initiative and Levandowski allegedly downloaded thousands of files before he left Google.

The White House noted that Levandowski’s sentencing judge called him a “brilliant, groundbreaking engineer that our country needs.”

“Mr. Levandowski has paid a significant price for his actions and plans to devote his talents to advance the public good,” the White House added in its statement.