The pledges China and the U.S. made to keep prospects alive for a comprehensive trade deal did little to alter the deteriorating growth outlooks for both countries because they were sealed with something economists don’t trust: a handshake.

China agreed Friday to more than double its annual purchases of American agricultural products to as much as US$50 billion — providing more of a political shot in the arm to a rural constituency that’s key to President Donald Trump’s 2020 re-election bid than a lift to a nation with gross domestic product of about US$21 trillion.

In return, Beijing convinced the U.S. to holster another tariff increase set for this week as White House officials worry about slower growth at home. Left on the table was Trump’s biggest economic threat yet and the darkest cloud in the outlook: import taxes on all remaining Chinese shipments starting Dec. 15 that would make a range of American consumer products more expensive.

“We have a lot of work to do, but I am confident that both sides are going to work very hard and anticipate we will be closing this,” Treasury Secretary Steven Mnuchin said in an interview broadcast Sunday on the ABC News program “This Week with George Stephanopoulos.”

Investors are more wary. Though U.S. equities rose last week as trade tensions eased, they sold off when details emerged Friday afternoon because the deal Trump called the biggest “in the history of our Country” had a significant shortcoming: it wasn’t a signed document yet, even though it has, in effect, been on the table for more than a year.

So economists reacted with a range of skepticism and doubt about what it means for growth projections that are coming down as the 18-month trade war drags on.

“There is not yet a viable path to existing tariffs declining, and tariff escalation remains a meaningful risk,” Morgan Stanley strategists Michael Zezas and Meredith Pickett wrote on Friday. “Thus, we do not yet expect a meaningful rebound in corporate behavior that would drive global growth expectations higher.” 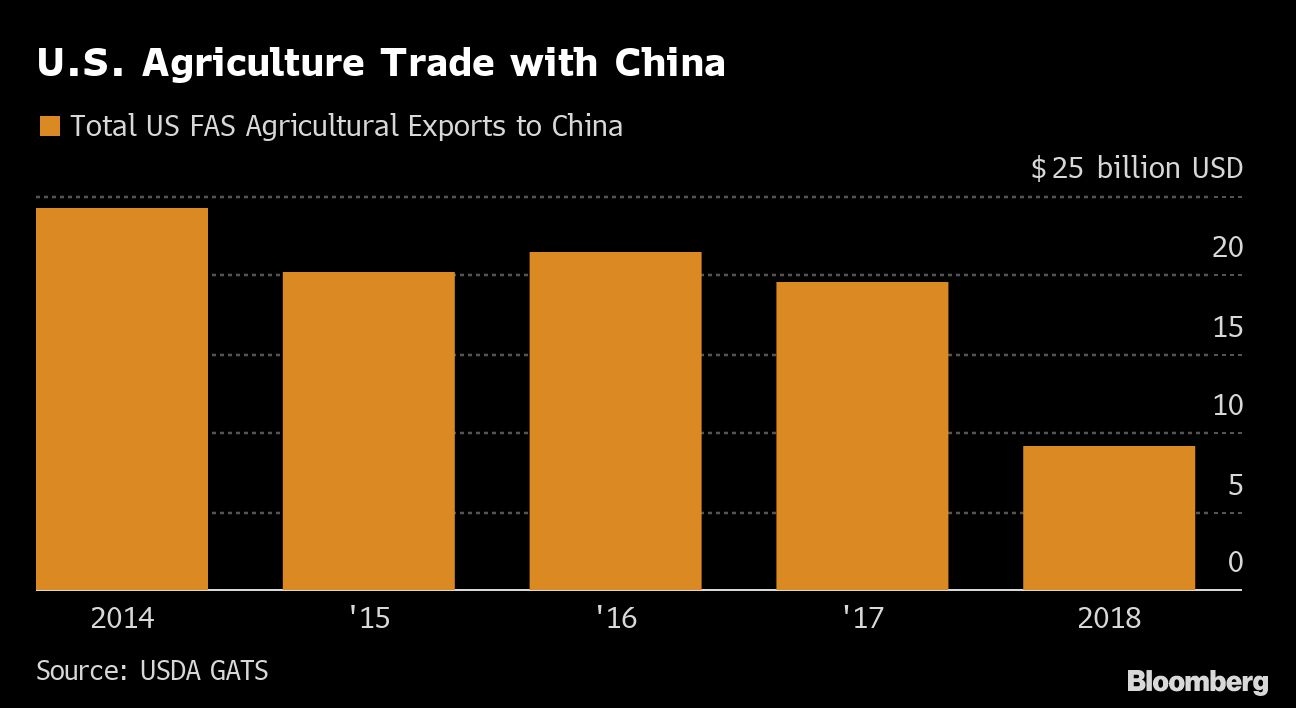 WHAT OUR ECONOMISTS SAY

“Past experience is that U.S.–China trade agreements aren’t worth the paper they are written on, and this one hasn’t even been written down. For now, though, indications on trade are a little more positive. If that persists, it could help put a floor under sliding global growth.” --Tom Orlik and Yelena Shulyatyeva, Bloomberg Economics

This week will bring more fresh reads on the global economy.

On Tuesday the International Monetary Fund, kicking off its annual meeting in Washington, is likely to cut its growth forecast for 2019 and 2020 in its World Economic Outlook. In July, the fund lowered its projection to 3.2 per cent this year and 3.5 per cent next year, its fourth downgrade since last October.

Chinese GDP data for the third quarter, slated for release Friday, is expected to show that output growth in the three months to September eased to 6.1 per cent, the slowest in almost three decades. That pace would be barely enough to allow the Communist Party to claim it’s hitting its long-term growth targets.

For economists to get more optimistic about the outlook, Washington and Beijing between now and the November leaders’ meeting of the Asia-Pacific Economic Cooperation forum will have to make more progress on thornier trade issues such as enforcement and intellectual-property protections.

“Until such evidence is available, we must conclude that this pause is more ‘uncertain’ than ‘durable,’” the Morgan Stanley strategists wrote.