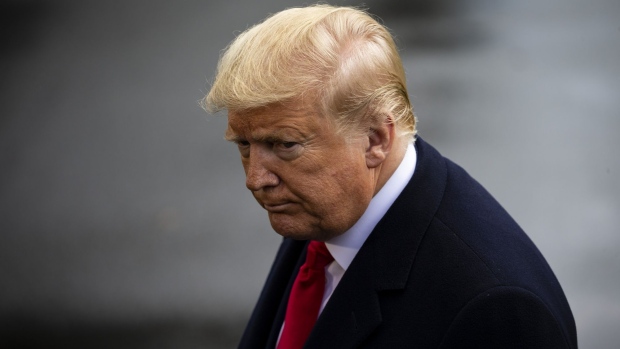 (Bloomberg) -- Donald Trump’s niece Mary asked a New York appeals court to reinstate a lawsuit that accused the former president and his siblings of cheating her out of her share of the family fortune.

Mary Trump’s case was dismissed last month by a Manhattan judge who ruled she had “unambiguously” waived her right to sue by signing a 2001 family settlement agreement to cash out her inheritance. In an appeal brief filed late Monday, she argued that the judge wrongfully ignored evidence that she signed the agreement under threat.

A release from claims is only valid under New York law if it was “fairly and knowingly made,” Mary Trump’s lawyer, Roberta Kaplan, argued in the filing. The Trump family settlement, on the other hand, was achieved through coercion, she said, including threats to swamp Mary Trump with tax payments she couldn’t afford and discontinue health insurance for her nephew.

The former president and his siblings, Maryanne Trump Barry and the late Robert Trump, “placed young Mary in profoundly unfair circumstances, not only by threatening to bankrupt her” but also “by terminating the health insurance that was literally keeping her newborn nephew alive in an intensive care unit,” Kaplan said in the brief.

Kaplan also asked to have the case reassigned if the dismissal is reversed, arguing that the trial judge took too long to issue the opinion in the 2020 lawsuit, and that further delays will prejudice Mary Trump if a trial conflicts with her uncle’s campaign.

If the case is revived, it will add to a growing list of legal headaches for Donald Trump as he prepares for the 2024 presidential election. As many as three other cases could go to trial next year, including a fraud suit brought against the former president and his company by the New York attorney general.

The daughter of the former president’s deceased older brother, Mary Trump has become a fierce critic of her uncle. She wrote a 2020 tell-all book entitled Too Much and Never Enough: How My Family Created the World’s Most Dangerous Man, which depicted him as a psychologically damaged narcissist and liar. She has also admitted providing information to the New York Times for a 2018 report on Donald Trump’s finances.

Trump has sued her for allegedly violating a confidentiality clause of the 2001 deal — a suit she has moved to dismiss.