What U.S. bank earnings tell us about the state of the American economy

JPMorgan Chase & Co., Bank of America Corp., Citigroup Inc., Wells Fargo & Co., Goldman Sachs Group Inc. and Morgan Stanley posted earnings this week showing they saved US$18 billion in 2019, more than the prior year, as their average effective tax rate fell to 18 per cent from 20 per cent. Bloomberg News calculated the haul by comparing the lower tax rates to what they paid before the law took effect, which averaged 30 per cent.

Debate has raged over the tax overhaul’s impact since Trump signed it into law near the end of his first year in office, with critics saying it’s worsening inequality by favouring the wealthy and inadequately stimulating economic growth. Because banks used to pay higher tax rates than many other industries, they were among the biggest beneficiaries. 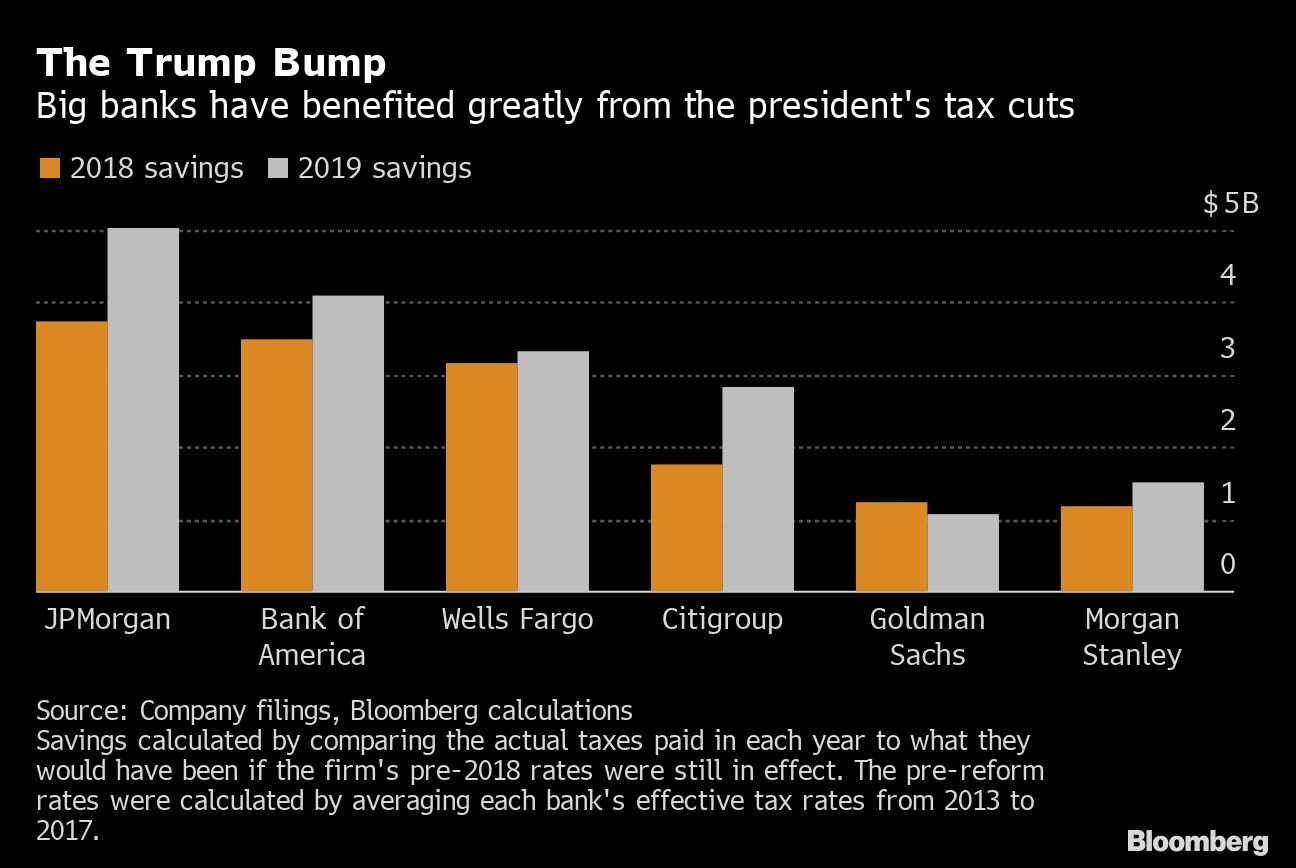 Here are the trends at the top six banks since then:

• Growth in their outstanding loans slowed to one per cent last year, down from three per cent in 2018, which was unchanged from 2017.

• They collectively shrank their workforce by about 1,200 people by the end of 2019 from two years earlier. To be sure, hiring and firing was mixed among the six lenders, and some raised base pay or enacted special bonuses. Some also updated investors this week on investments in technology to automate jobs.

• Shareholders were big beneficiaries. After banks cleared the Federal Reserve’s mid-year stress tests, the group announced plans to boost stockholder payouts by US$21.5 billion, an increase of 14 per cent.

The tax savings have spurred the banks to record profit. The six firms posted US$120 billion in net income for 2019, inching past 2018’s mark. They had never surpassed US$100 billion before the tax cuts.

On conference calls with analysts to discuss earnings this week, some bank executives predicted the tax rates may tick back up slightly to between the levels of 2018 and 2019. That suggests some of last year’s savings may also have been attributable to temporary factors. But in at least one case, a bank’s rate was elevated last year by legal expenses that aren’t tax deductible.

Trump, who’s also pushed to ease financial regulation, indicated Wednesday he’s aware that his efforts have helped banks boost profits. At a gathering of corporate leaders to celebrate his trade deal with China, he greeted a senior JPMorgan executive by suggesting the bank thank him.

“They just announced earnings and they were incredible,” the president said of the nation’s largest bank. “I made a lot of bankers look very good. But you’re doing a great job.”