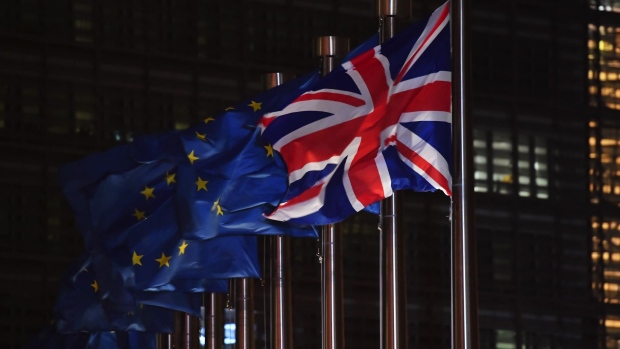 The U.K. and European Union are on the brink of sealing a historic post-Brexit trade accord, with officials hopeful a deal could be sealed as soon as Wednesday.

Negotiators from the two sides are in the very final phases of the talks, officials said. Discussions are still continuing on fisheries, the biggest obstacle to an accord. It’s still possible, one official cautioned, that the deal could fall apart.

British Prime Minister Boris Johnson and European Commission President Ursula von der Leyen have intervened personally in recent days, holding several phone conversations in a last-ditch bid to reach an agreement before the U.K. leaves the single market at the end of the month.

Negotiations resumed early on Wednesday in the commission’s Berlaymont headquarters in Brussels, with discussions focused on what access EU boats will have to British waters, and what rights the EU will have to impose retaliatory tariffs should the U.K. limit that access in the future.

Both sides have made an agreement on fishing a precondition for any wider deal over their future relationship, even if the 650 million euros (US$790 million) of fish European boats catch in U.K. waters each year is a fraction of the 512 billion euros of goods traded annually between Britain and the EU.

Michel Barnier, the bloc’s chief negotiator, told a meeting of ambassadors from the 27 EU member states Tuesday that there had been progress in the talks, and a deal could be signed before Christmas -- if the British are prepared to compromise further on fishing, according to diplomats briefed on the discussions. The talks could continue beyond Christmas, or fail completely, he told the private meeting.

Senior EU officials said the decision lies with Johnson, while people familiar with the British side said the onus was on the Europeans to move.