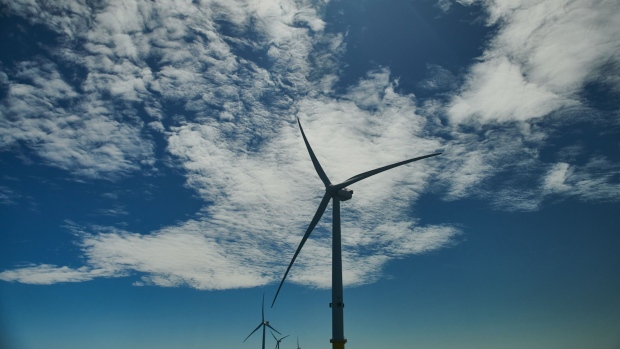 The body, set up to help U.K. councils access capital markets, is looking to issue a couple of sustainable bonds in the first quarter of 2022, according to officials advising on the sales. It expects to follow that with a pooled ethical bond to raise money for a group of different local authorities.

The sales come in the wake of record-breaking demand for the U.K.’s sovereign green debut, one of many this year that helped take the global ethical market to record volumes. By contrast the country’s municipal bond scene has barely got going, though the prospect of cutting borrowing costs by using ethical debt is now proving a lure.

“Almost all the spending of local councils has social benefits, so it makes sense for them to secure slightly cheaper costs of finance,” said June Matte, a managing director at PFM Financial Advisers LLC, an advisor to the bond agency. Demand for sustainable debt is so strong that it’s common for borrowers to get a better deal.

While the exact bond types are yet to be confirmed in a market with a myriad of labels, they may try to combine environmental and social spending. If the plans come to fruition, they’ll add diversity to a growing sterling ESG market, where around 37 billion pounds ($49 billion) of ethical bonds have been sold this year.

There have been some ESG local council bonds aimed at non-institutional investors. London’s transport authority has issued green bonds, while the devolved Scottish government has explored raising “green kilts”. The Isle of Man, a British Crown Dependency, sold a sterling sustainability bond in September. It still pales compared to the liquid U.S. municipal market, where green sales have taken off.

The U.K. bond agency said the local authorities need to have full political approval to proceed, and so the issuance is not yet confirmed. The body was set up in 2014 but only issued its first two bonds last year, both on behalf of Lancashire County Council. Plans for the agency to issue a bond for Warrington Borough Council were dropped after the agency had already mandated banks.

Issuance of a pooled bond is particularly complex and has faced several delays given the need to find a group of councils who need to borrow at the same time for the same period. The benefits are that they should achieve better pricing than for debt issued on behalf of single authorities, according to the agency.

“Investors are very interested in the idea of a pooled bond and the risk sharing it offers,” said Christian Wall, a director at PFM.