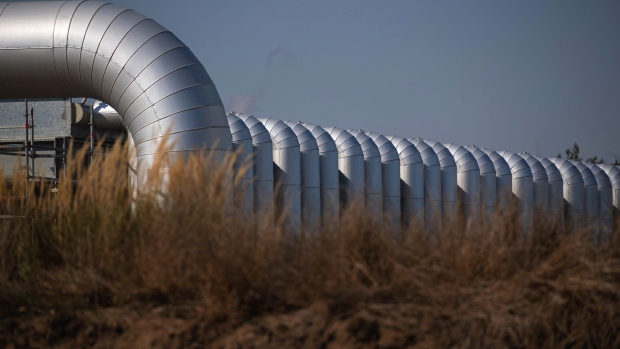 (Bloomberg) -- CNG Group Ltd., which provides natural gas to U.K. utilities, said it will stop offering the service at the end of next month as it seeks an orderly exit from the market.

The company, partly owned by Glencore Plc, plans to cease operating in the wholesale energy market by Nov. 30, according to a letter seen by Bloomberg. That in theory gives utilities a bit of extra time to find an alternative supplier.

However, CNG said it will keep hedged gas inventories it had agreed with companies so that it can pay its creditors -- meaning its customers could be exposed to high gas prices, thus limiting their chance of survival.

“I realize the implications for a supplier trying to find a new shipping arrangement in this challenging market with no hedges in place,” CEO Paul Stanley said in the letter, adding that ring-fencing the hedges was normal industry process. CNG, which ships gas to about 18 utilities, aims to provide an additional update within the next week.

The company’s planned exit is the latest chapter in a broader energy crisis that has unfolded in recent months, with more than a dozen domestic supplies unfolding since August due to record-high gas prices. CNG last week disclosed that it would stop providing the fuel to utilities, though it hasn’t provided a target end date until now.

“We recognize that if a shipper were to be terminated, the consequences could have significant and imminent commercial impacts on suppliers,” the regulator said in an Oct. 19 letter to industry leaders. “It is appropriate to urgently consider options to minimize the impact of the current wholesale market position on consumers.”

Suppliers may now deliver gas to meter points through alternative providers if a registered shipper ceases to trade, according Ofgem.

After CNG stops service, utilities will likely have a couple of days to put up collateral, about a month’s supply paid forward, and then 25 days to secure a shipper.

CNG is also deciding the path forward for its roughly 45,000 business customers after trying to sell their accounts in a sale that closed to bids last week. Those companies may face going through the supplier-of-last-resort process and being moved to a more expensive tariff.

(Updates with details from letter from second paragraph.)