U.S.-Canada border opening is a boom for hospitality, not retailers: Dennis Mitchell

Millions of Canadians have reason to celebrate the U.S. decision to allow vaccinated people to enter again from the northern border for non-essential travel. But for more than 4 million people, the wait continues.

That’s because the U.S. hasn’t figured out how to treat travelers whose double vaccinations came from two separate manufacturers. Canada was among the first countries to allow mixing of vaccine brands, in the interest of speed. But U.S. regulators have discouraged mixing because of questions about efficacy.

More than 16.5 million Canadians have a double jab of either the Pfizer Inc. or Moderna Inc. vaccine, and another 230,000 have two shots of AstraZeneca PLC’s vaccine, according to data from the country’s public health agency. But more than 3.9 million have received a combination of those three shots -- a figure that’s likely much higher given the data don’t include dosage information from Quebec, the country’s second-most populous province.

Some provinces, including Quebec and Saskatchewan, have begun offering a third dose to people with mixed vaccines to make it easier for them to travel. 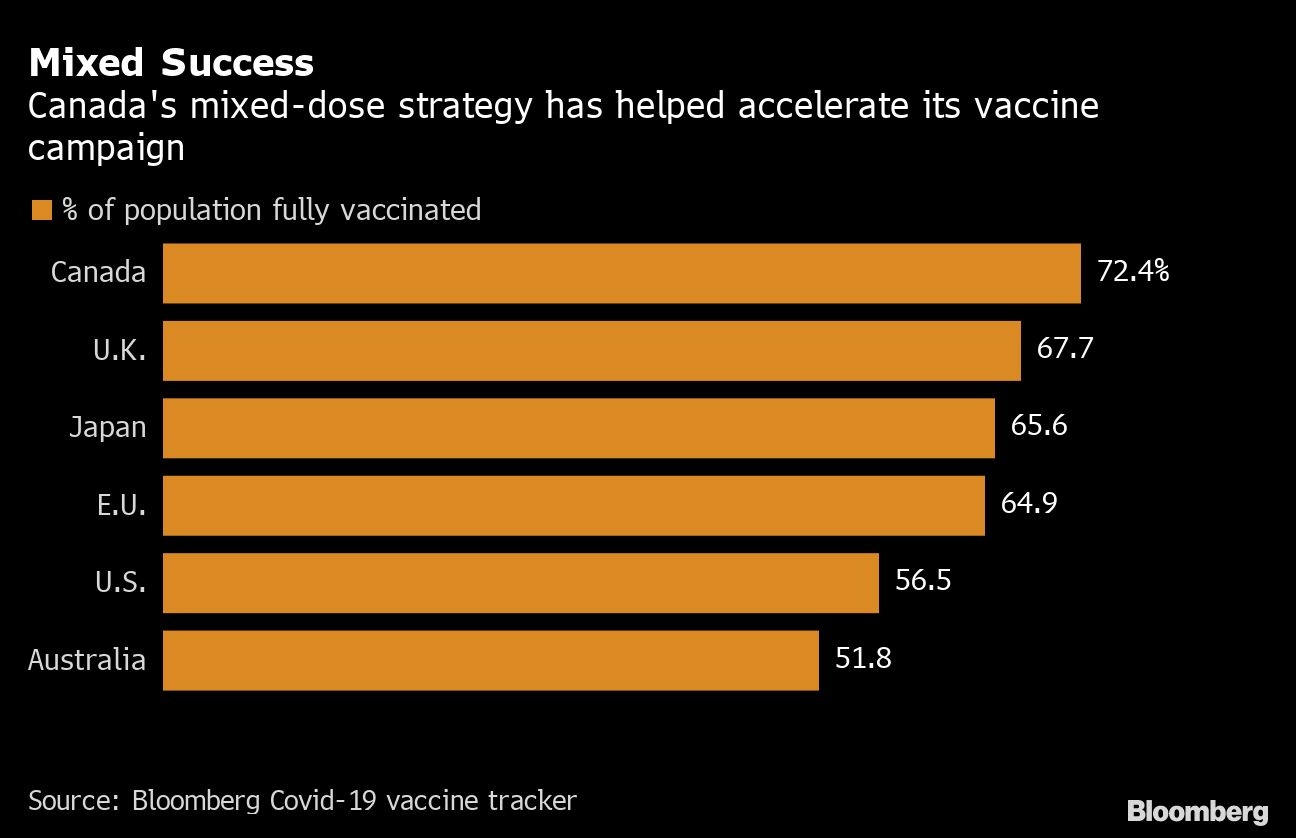