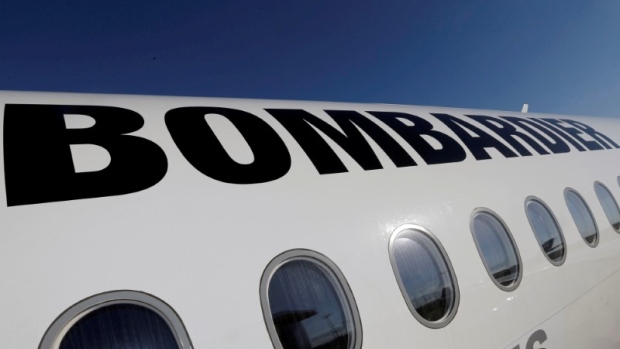 MONTREAL — The Canadian government is preparing its next moves after the U.S. Department of Commerce only slightly lowered the massive duties it plans to impose on imports of Bombardier CSeries commercial jets.

"We will review today's final determinations to consider next steps and our options for appeal," she said in a statement.

"The high final countervailing and anti-dumping duty rates announced by the U.S. Department of Commerce on imports of Bombardier's (BBDb.TO) CSeries aircraft are highly punitive to aerospace workers on both sides of the border."

As it did with the softwood lumber dispute, Canada could launch challenges under both the North American Free Trade Agreement and at the World Trade Organization. The WTO process could take years.

In its final determination released Wednesday, the department said it will impose duties of 292.21 per cent, down from 299.45 per cent set in the preliminary phase.

The change was caused by a reduction in the countervailing duty to 212.39 per cent, while the anti-dumping duty remains at 79.82 per cent.

Commerce Secretary Wilbur Ross said the decision was based on a "full and unbiased review of the facts in an open and transparent process."

"The United States is committed to a free, fair, and reciprocal trade and will always stand up for American workers and companies being harmed by unfair imports," he said in a news release.

Bombardier said the department's decision was divorced from reality and ignores longstanding business practices in the aerospace industry.

"We remain confident that at the end of the process, the United States International Trade Commission will reach the right conclusion, which is that the CSeries benefits the U.S. aerospace industry, U.S. airlines, and the U.S. flying public."

Bombardier says the new Alabama assembly line will bring about $300 million in new foreign direct investment and add 400 to 500 direct jobs on top of the almost 23,000 supported by the CSeries through its supply base.

Delta Air Lines was originally expected to receive the first of its firm order for 75 CS100 planes next spring, but now plans to wait until the aircraft destined for U.S. customers is built in the U.S. south.

Boeing launched the trade case in April, arguing that governments in Canada and Britain subsidized the plane's development which allowed Bombardier to sell it at unfairly low prices.

A final decision rests with the U.S. International Trade Commission, which is expected to decide in February whether Boeing was harmed by the CSeries.

"Today the U.S. Department of Commerce reaffirmed the magnitude to which Bombardier has been subsidized by government funds and the extent to which it dumped CSeries aircraft in the United States, selling those aircraft at prices millions below production cost in an illegal effort to grab market share in the U.S. single-aisle airplane market," it said in a statement.

The company argued that it is seeking a "level playing field" in the aerospace market.

The union representing machinists said the final determination undermines the credibility of the trade regulator.

"They have presented us with the impossible and then made us swallow the unacceptable," said Yvon Paiement, president of Local 712 of the International Association of Machinists and Aerospace Workers.

The union represents 4,700 workers at Bombardier in the Montreal area.

Union official David Chartrand added that confidence in a fair and equitable decision by the USITC is "in free fall."

"Let's hope that the protectionist climate that the Trump administration that is affecting U.S. federal institutions will not influence the work of the US International Trade Commission," he said.

"The integrity of the entire aerospace industry is at stake in Quebec, the United States and Europe." 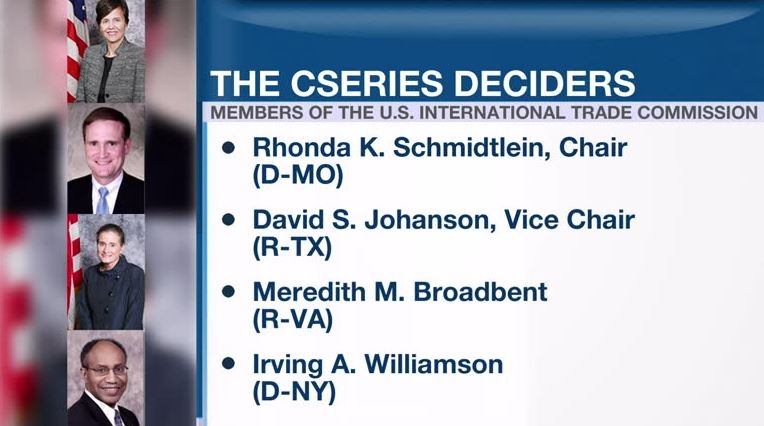