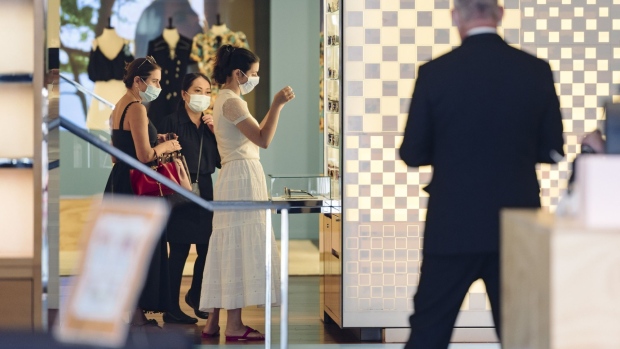 U.S. consumer sentiment remained weak in August as Americans expected a bumpy ride ahead for an economy coping with an unfettered coronavirus pandemic and widespread joblessness.

The University of Michigan’s preliminary sentiment index increased 0.3 point to 72.8, near April’s pandemic low of 71.8 that was the worst since 2011, according to data released Friday. The median estimate from economists surveyed by Bloomberg was for a decrease to 72.

A measure of the five-year economic outlook fell to the lowest since 2014, in a sign that consumers expect the pandemic will weigh on jobs and incomes for some time despite an initial snapback. A stalemate in Washington over additional aid is also coloring views, with confidence in economic policies at the lowest since President Donald Trump entered office, according to the report.

“The policy gridlock has acted to increase uncertainty and heightened the need for precautionary funds to offset lapses in economic relief programs and to hedge against fears about the persistence and spread of the coronavirus as the school year gets underway,’’ Richard Curtin, director of the survey, said in a statement.

The Michigan report also showed a gap in inflation expectations between high-income Americans and those with lower incomes, who are being pinched more by rising food prices. People in the bottom third of incomes expected prices to rise 3.5% in the year ahead, compared with 2.5% for those in the top third.

The survey covers responses received through Aug. 12. The final report for the month will be issued Aug. 28.