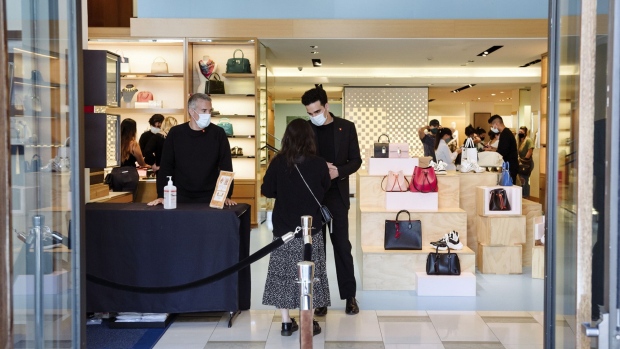 U.S. consumer spending surged by a record in May -- while remaining below pre-pandemic levels -- as Americans spent relief payments and ventured out of their homes to newly reopened stores and restaurants.

Household outlays rose 8.2 per cent from the prior month, the sharpest increase in more than six decades worth of data, after falling by the most on record in April, a Commerce Department report showed Friday. The median estimate in a Bloomberg survey of economists called for a 9.3 per cent jump.

Incomes declined 4.2 per cent, just short of a record decrease, after posting the largest-ever increase in April that was driven mostly by household relief payments, or the US$1,200 refundable tax credits distributed to Americans. Economists expected a six per cent drop in May; the report said relief payments continued in May but at a lower level than in April, while unemployment-benefit payments surged, helped by supplemental US$600 federal benefits.

The figures signal that the recovery in consumption got off to a solid start as many businesses reopened and Americans used their government stimulus checks, in line with other figures showing a jump in jobs during May. Even so, monthly spending is still much weaker than it was several months ago, suggesting it will take time before America’s main driver of economic growth fully recovers. 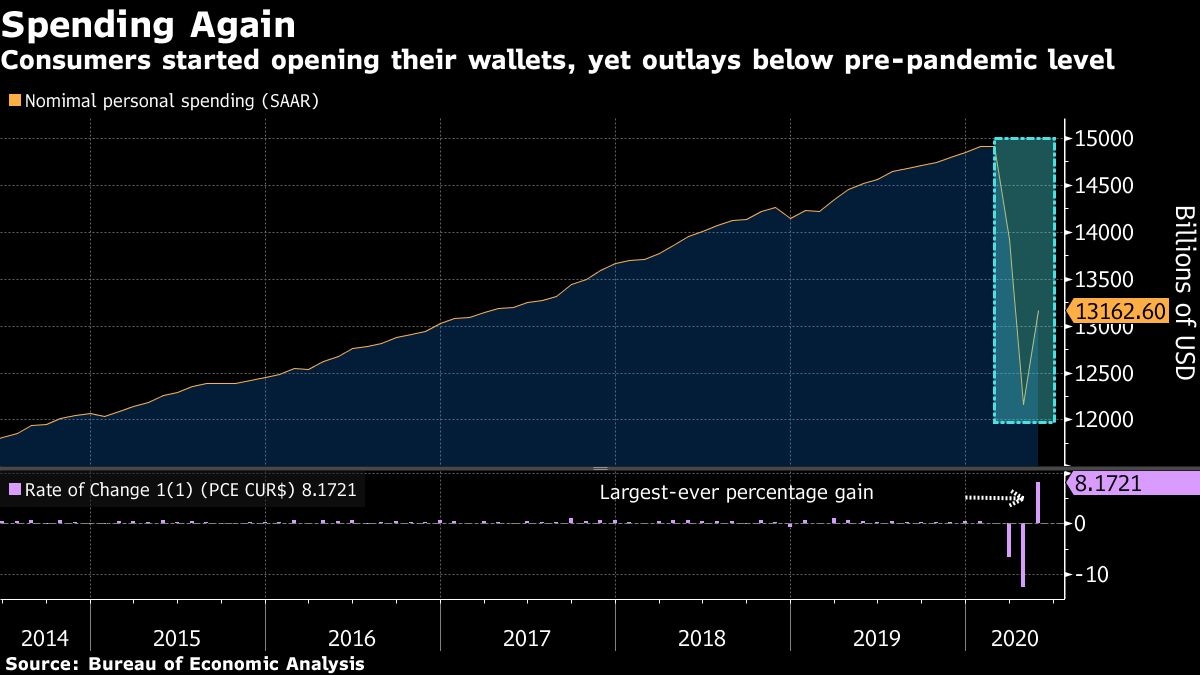 On top of that, persistently high unemployment, along with a surge in new cases and hospitalizations across the South and West, are likely to weigh on spending. In fact, in-person spending at restaurants has recently been a reliable predictor of local increases in coronavirus infections, according to a JPMorgan Chase & Co. report Thursday.

Wages and salaries rose 2.7 per cent in May from the prior month, the largest increase since 1993, reflecting modest rehiring as businesses reopened across the country. That followed a record 7.6 per cent drop in April.

Some of the main drivers of the monthly increase in spending were outlays on motor vehicles, recreational goods and vehicles, health care and food services and accommodations.

The majority of adults have used their stimulus check or plan to use it on household expenses like food, housing and utilities, according to a Census Bureau survey. That compares with about 14 per cent of adults who said they planned to mostly save the funds.

The personal savings rate, which had surged to a record 32.2 per cent in April as a result of the rise in government social benefits, fell to 23.2 per cent -- still almost triple February’s 8.4 per cent.

The gauge of consumer prices the Federal Reserve officially uses for its target rose 0.5 per cent in May from a year earlier, the least since 2015, and well below the central bank’s two per cent goal. The core price index, which excludes more-volatile food and energy costs, rose one per cent, matching April as the smallest gain since 2010.

--With assistance from Chris Middleton and Edith Moy.