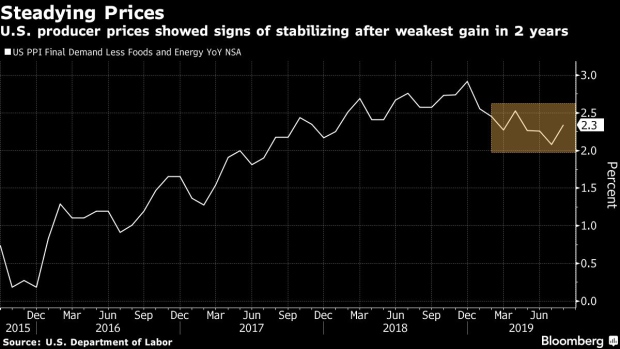 (Bloomberg) -- A measure of underlying U.S. producer prices that excludes food and fuel picked up in August after posting its smallest gain in two years, indicating inflation may be starting to stabilize.

So-called core producer prices increased 2.3% in August from a year earlier, topping the Bloomberg survey median forecast, following a 2.1% gain, a Labor Department report showed Wednesday. Including food and energy, the index rose 0.1% from July and 1.8% from August 2018.