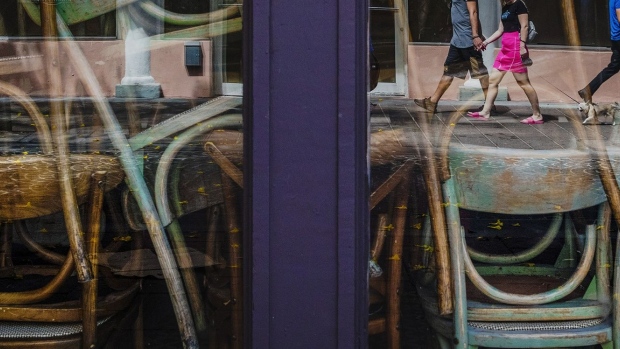 The number of Americans applying for unemployment benefits surged for a second week and reached about 10 million over the last two weeks, highlighting the devastating economic impact of the coronavirus as shutdowns widened across the country.

A record 6.65 million people filed jobless claims in the week ended March 28, according to Labor Department figures released Thursday, as many stores and restaurants were forced to close across the nation to mitigate the outbreak. The prior week’s level was also revised up slightly to 3.31 million.

U.S. stocks fluctuated at the open following the report, which was even worse than the most dire estimate in Bloomberg’s survey of economists. 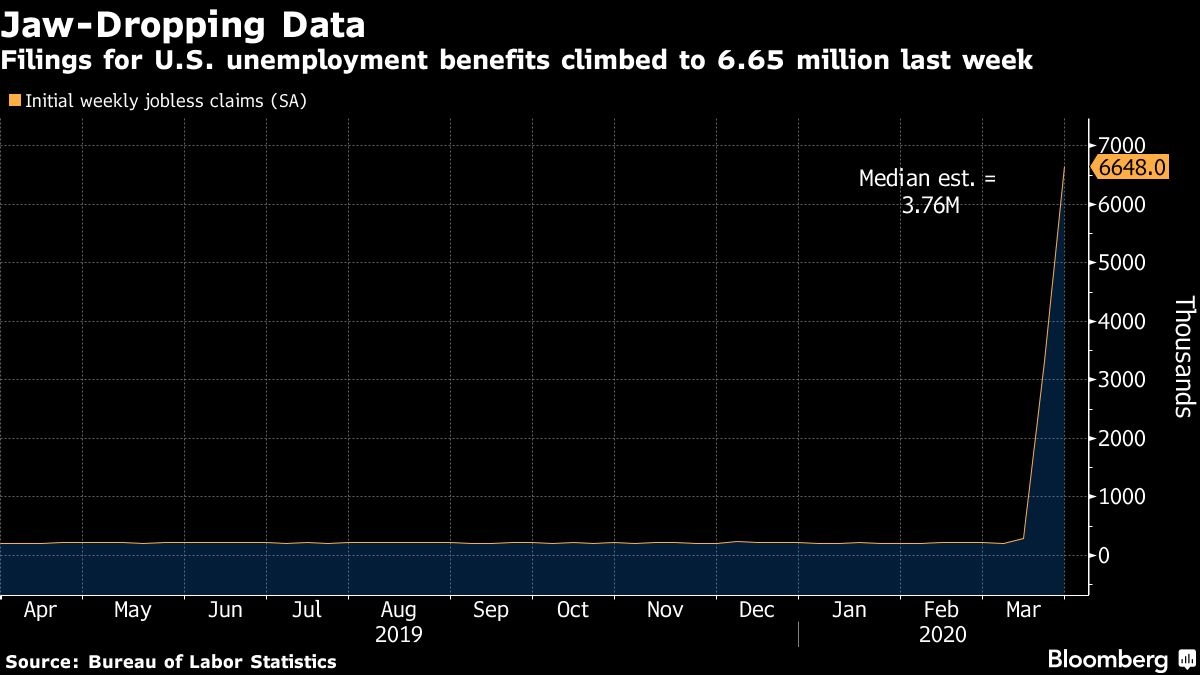 “I never thought I’d see such a print in my lifetime as economist,” said Thomas Costerg at Pictet Wealth Management, who had the highest forecast in the Bloomberg survey, at 6.5 million. Claims are likely to stay elevated as more states announce stay-at-home orders, and it would be “not unthinkable” to see a 20 per cent unemployment rate, more than double the high that followed the last recession, he said.

The weekly claims data, usually the first to show a hit amid a downturn, highlight the extent to which U.S. businesses and workers are reeling from the global health crisis. The report showed that the virus is having a wider impact beyond just hotels and restaurants, with states reporting impacts in health and social assistance, factories, retail and construction.

“If initial claims in the vicinity of 3-5 million persist for several more weeks, unemployment will climb toward 15 per cent in April. Further increases in the unemployment rate will largely depend on how long the crisis (and lockdown) lasts.”

Continuing claims, which are reported with a one-week lag, jumped by 1.25 million to 3.03 million in the week ended March 21 -- the highest since 2013. That pushed the insured unemployment rate up to 2.1 per cent from 1.2 per cent.

Friday’s jobs report is expected to show the first monthly decline in payrolls since 2010. Nonetheless, those figures will show only the start of the labor-market damage, as the government’s survey period covered early March, prior to the biggest rounds of layoffs and closures.

“When you look at the number last week and this week and take those together that’s roughly a 6 percentage-point rise in the April unemployment already, and we have a few more weeks to go for the April employment report,” Michael Gapen, chief U.S. economist at Barclays Plc, said on Bloomberg Radio. “It is likely the unemployment rate will be rising above where we saw it in ’08 and ’09 and may come as soon as that April employment report, if not certainly into the May report.”