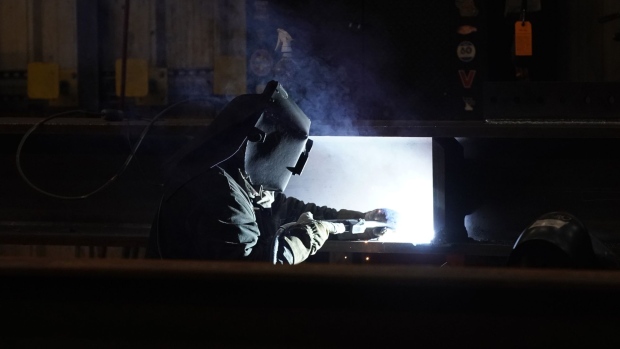 Production at U.S. manufacturers rose in January by more than forecast, a fourth-straight monthly advance that shows factories continue to recover from pandemic-related disruptions last year.

Output at factories increased 1 per cent from the prior month after a 0.9 per cent gain in December, according to Federal Reserve data Wednesday that compared with economists’ estimates for a 0.7 per cent rise.

Total industrial production, which also includes mines and utilities, advanced 0.9 per cent in January after a revised 1.3 per cent increase a month earlier.

The Fed’s index of factory output is just 1.9 per cent below its pre-pandemic level, a sign that factories are benefiting from lean inventories and steady demand. While supply chain disruptions and labor shortages continue to present challenges, these pandemic-related setbacks should dissipate as vaccinations pick up. 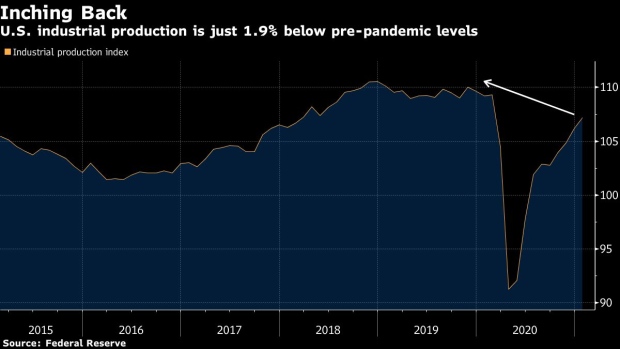 The gain in factory output was broad-based, with increases in production of consumer goods, business equipment, construction materials and non-durable products. Meanwhile, auto production dropped due to a shortage of semiconductors, the Fed said.

In a separate report Wednesday, retail sales surged in January by the most in seven months, beating all estimates and suggesting fresh stimulus checks helped spur a rebound in household demand following a weak fourth quarter.