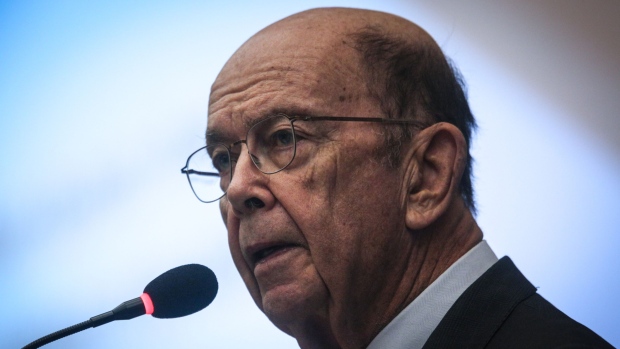 U.S. Commerce Secretary Wilbur Ross said there was no structural reason a U.S.-India trade deal could not be done soon.

“Neither government said there would be a trade deal in five minutes. That was just speculation,” Ross said, adding “we do think that there’s no structural reason why there can’t be one pretty quickly.”

Ross and his Indian counterpart Piyush Goyal were speaking Thursday in New Delhi at the India Economic Summit organized by the World Economic Forum.

“There will always be certain political imperatives which every country will have to respect and protect,” Goyal said. “Everything cannot be sorted out in one or two or four meetings.”

Trade tensions between the two countries have been simmering for some time now, with President Donald Trump accusing India of charging higher duty on American imports, particularly tariffs as high as 100 per cent on Harley-Davidson Inc. motorcycles. Still, the two nations have been working toward easing trade tensions, including a possible withdrawal of some disputes from the World Trade Organization. The bilateral trade between the two nations is close to $90 billion.

There were hopes a trade deal between the two countries would be worked out when Prime Minister Narendra Modi visited the U.S. last week, but no agreement materialized.

“The trade deficit which arises mainly because of artificial barriers, protectionist barriers that countries have thrown up,” Ross said. “That’s the one we are concerned with, that’s the one we are determined to reduce and we think that we will make progress there.”

Easing trade tensions could help India boost exports and cushion an economic slowdown caused by a collapse in domestic consumption.

Ross said during his meetings with Goyal “we have prepared a chart about what are the areas where China is the big exporter to us and how does that compare with what India is exporting to us and what are possible solutions, how do we change that mixture.”

Addressing tensions with China, Ross said Beijing must make more structural changes for a reasonable trade balance with the U.S. While 5G was important, he said there was a genuine security risk with Chinese telecom manufacturers.